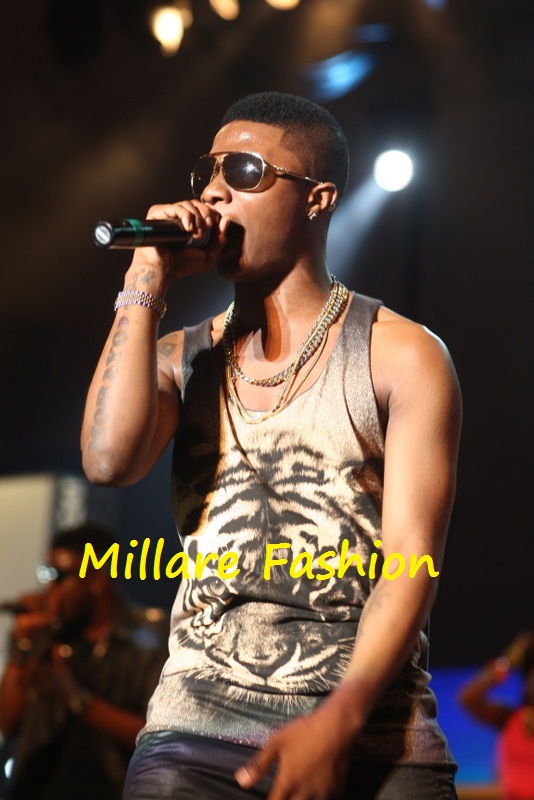 The Headies Awards 2012, which held last Saturday, at the prestigious Eko hotel and suites Victoria island Lagos Nigeria, was a night of glitz, drama, comedy and, glamour.   This year Headies didn't live up to its hallmark of excellence, as the organizers were visible disorganized in sorting out, their guest entrances, press and the unfortunates masses with regular tickets, who had to walk miles ,just to get to their entry point into the venue.

The yellow carpet was massive though and Headies  organizers had to be commended, for creating such a super-sized multilayered carpet and we sure had fun taking pictures, having interviews and networking.

The Awards started at midnight and the hilarious duo MI and Omowummi, got the crowd laughing and relaxed with Omuwummi pledge/bet with MI, not to speak ‘Pidgin’ or broken English all night. Her near slips and wily escape from paying her bet got the crowd roaring in laughter.

The high point of the night was when, UK based Rookie performance of the night Burna Boy, fell of the stage amidst gaps of shock and glee as he had moments before used swear words and the ‘F’ word liberally while addressing the dignified audience.

Tonto Dike was the butt of several unflattering remarks, jokes and opinions, but alas, the lady is till trending and her music has more hits, than most artist has ever recorded in their entire careers.
Below are some pictures from the Yellow Carpet. Brace yourself, for some are hideous , while some are fash-ta-tic! 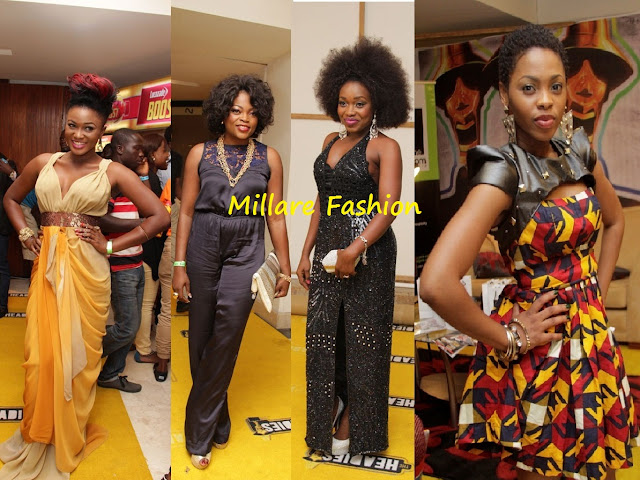 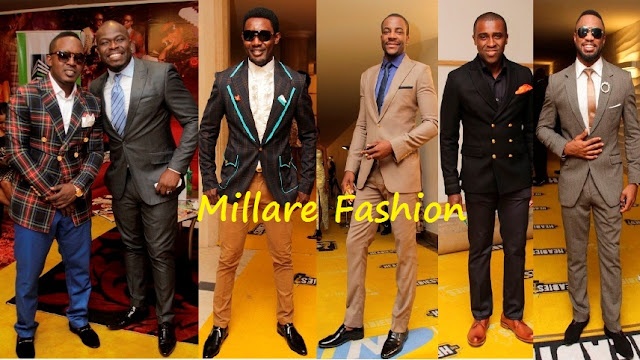 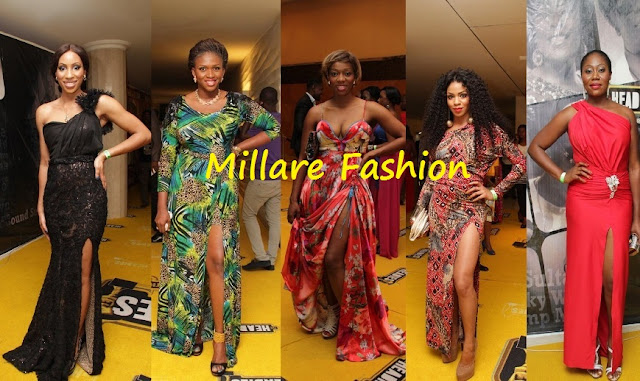 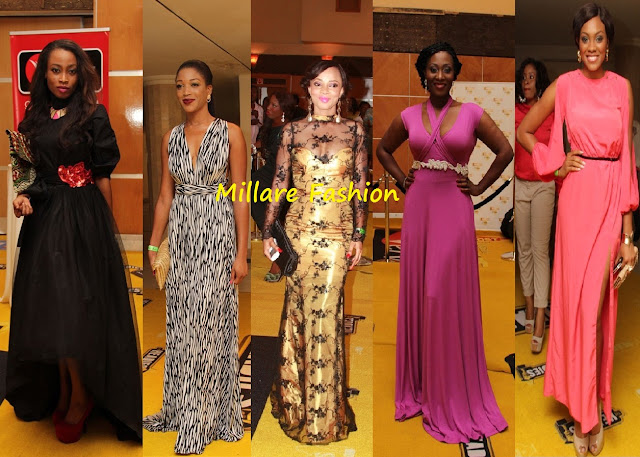 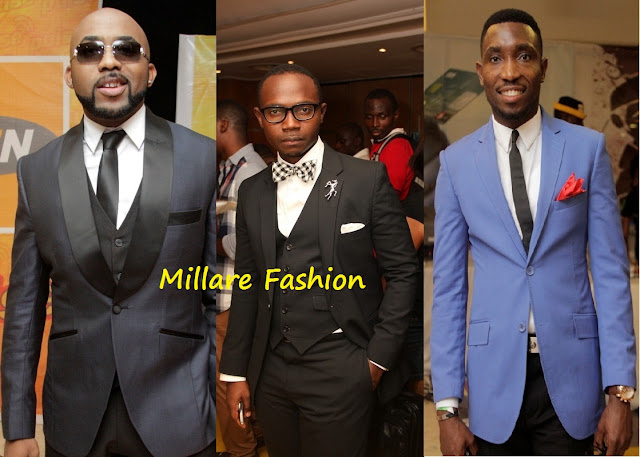 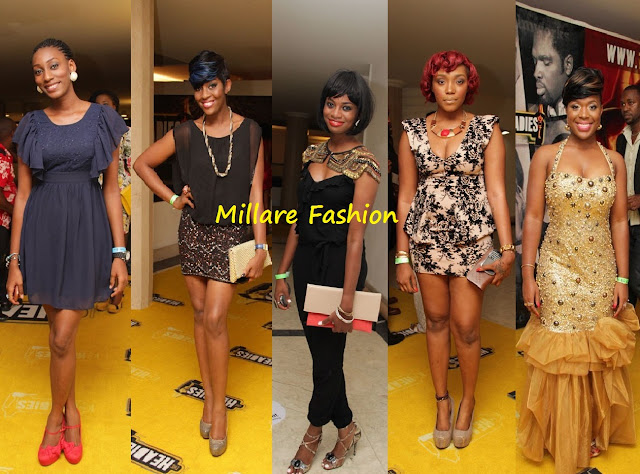 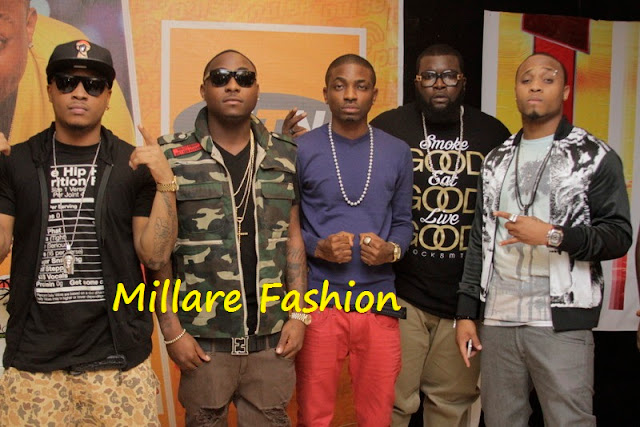 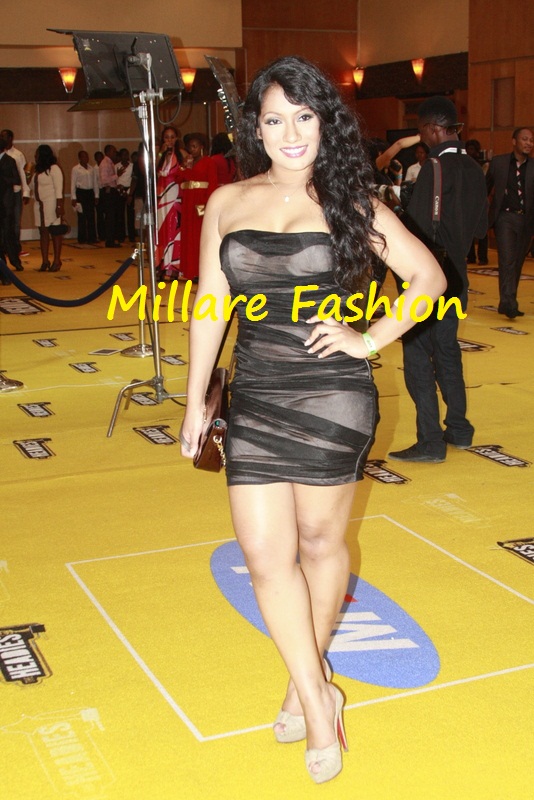 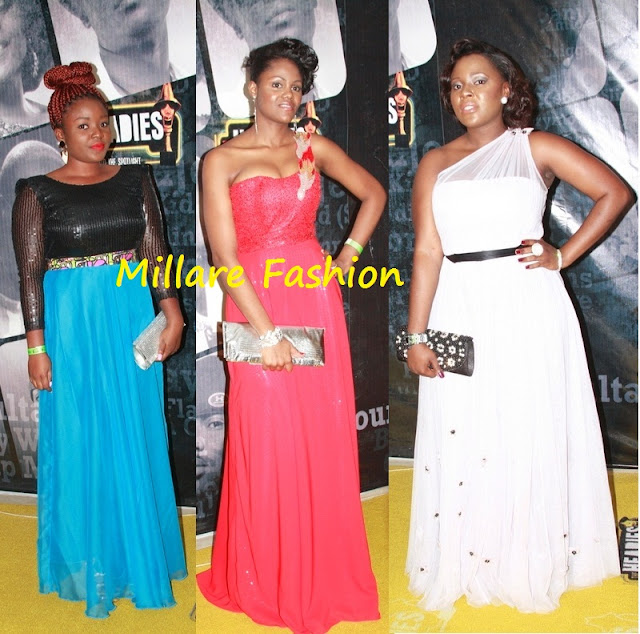 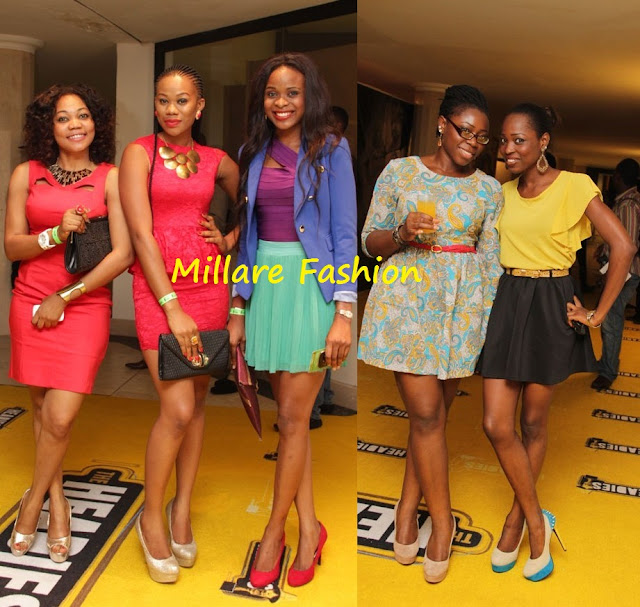