It was indeed a moment of extreme joy, shock, elation and for some acute disappointment and outraged anger as MOYIN AROWOSHOLA  AND ALVIN DA AFFIN emerged triumphant as winners for the Elite Model Look Nigeria 2012 at the Federal Palace Hotel Lagos Nigeria on last Saturday.

After an intense almost 8weeks of rigorous training, rehearsals and nail biting tension , the 20 finalist for the 2012 Elite Model Look Nigeria (EMLN) last Saturday , finally got their chance to strut their stuff, and fight for the chance to join other finalist the world over in Shengai China, to become a world Elite supermodel like Naomi Campbell and Tara Banks. 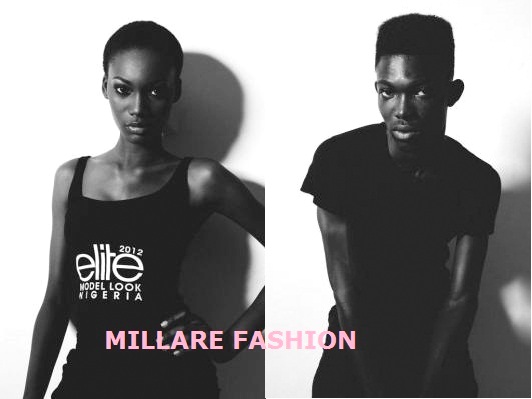 Personally, Stephen Nkang or Kimmie Adams (male finalists) were my prime choice for the top male spot but alas! I guess the formidable panel of judges knew what they were about. At lest my candidate ( and popular peoples choice) for the female finalist won.

17 years old Moyin was a dream to behold on the runway from her delicious walk, poise and attitude. She only lost her professional poise, albeit for a minute, when she was declared the winner  and tears spring to her eyes.
On being asked how she felt she said “it was very tough, learning the walks and everything because I had problems with heels, with my legs but thank God I was able to strut the runway today and I was made the winner of Elite model look 2012," she said. While all Eighteen-year-old Alvin Dayaffin, could say was "I'm really happy, I'm really happy, I didn't see it coming, as a matter of fact, seconds before it was announced, I was almost breaking down but oh my God, I'm very grateful," Alvin said. Alvin moment of glory was shared with his mother who screamed and ran unto the runway to embrace her pride and joy.