MICHEAL JORDAN HEADS TO THE ALTAR..AGAIN! 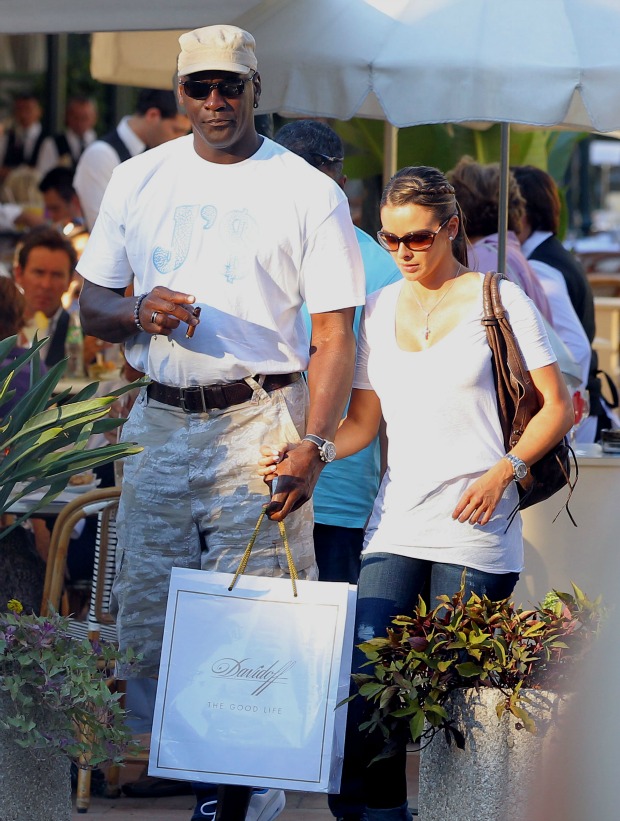 Yesterday  50-year-old NBA lMicheal Jordan, the living legend of basketball hit up a courthouse in West Palm Beach, Fla. to apply for a marriage license with fiancee Yvette Prieto. County clerk spokeswoman Kathy Burstein confirmed the news to the Associated Press.
Per Florida state law, the basketball hall-of-famer and the Cuban model, 33, have 60 days to use the license once it's granted. TMZ says they plan to tie the knot on April 27.Jordan and Prieto dated for three years before getting engaged in 2011. His rep told North Carolina TV station WCNC that he proposed over Christmas.
The Charlotte Bobcats owner was previously wed to Juanita Vanoy for 17 years before their 2006 divorce. He and Vanoy -- who received about $168 million in their settlement -- share three kids: sons Jeffrey Michael, 24, and Marcus James, 22, and daughter Jasmine, 19.
Email Post
Labels: MICHEAL JORDAN HEADS TO THE ALTAR..AGAIN. YVETTE PRIETO. BOBCAT OWNER. BASKETBAL LEGEND. BEAUTY. WEDDING.