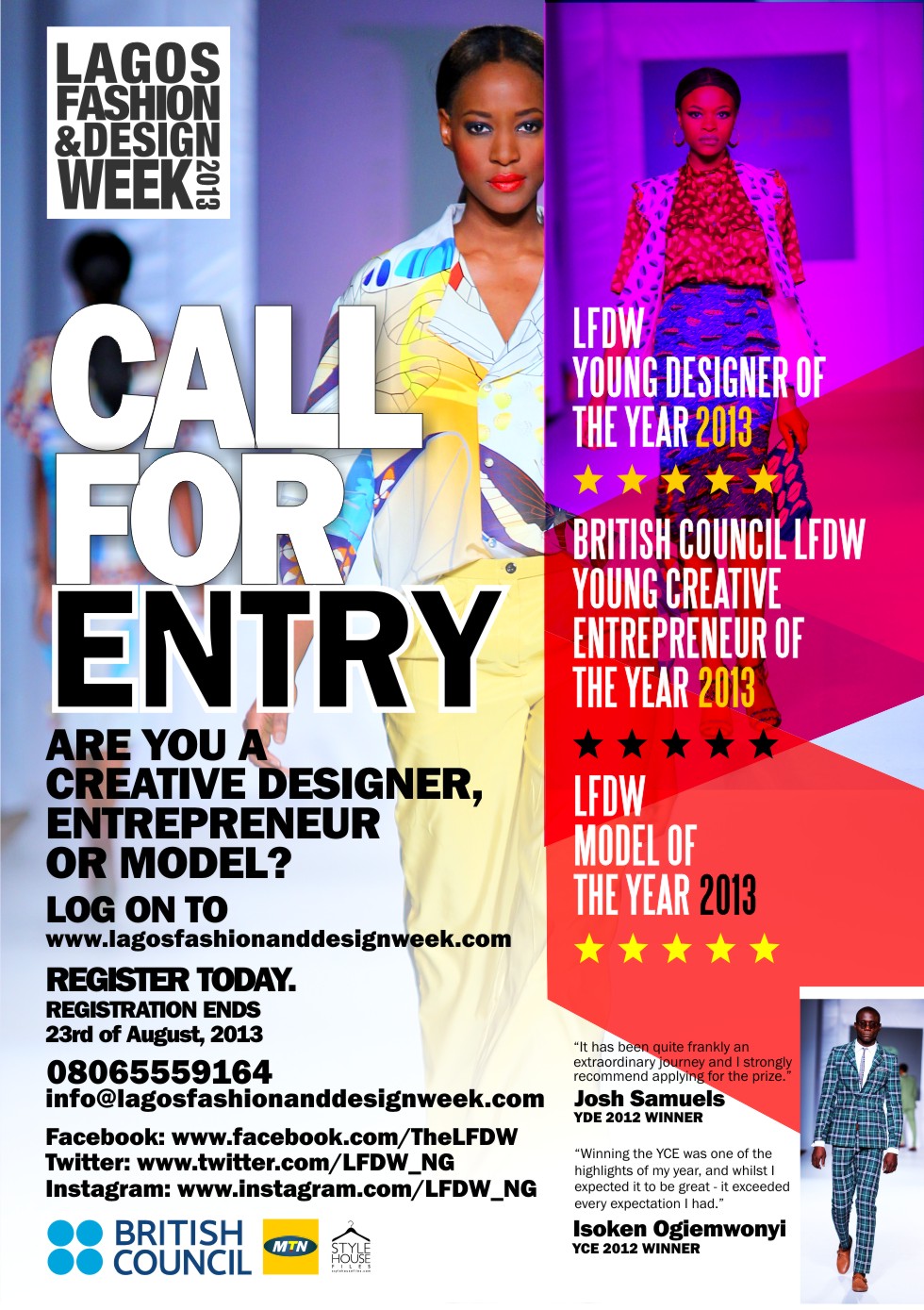 Lagos Fashion and Design Week (LFDW) is accepting applications for the Young Creative Entrepreneur
(YCE) & Young Designer (YD) of the year awards 2013. The YCE awards programme is unique in that it
rewards the talent and initiative of young creative entrepreneurs from across the creative fashion
industry recognizing the central role they play in the development of a competitive and sustainable
creative economy.

One of the key objectives of the YCE programme is to sensitize the UK creative sector to the
opportunities that come from working with other creative entrepreneurs in emerging economies. A
second objective is to better understand the dynamics of being an entrepreneur in the creative
economy.
British Council and LFDW have identified the need to identify such talents and provide them with the
right networking abilities to further expose their business to the much needed prominence and
simultaneously grow the Nigerian fashion industry.

The winner of the Fashion award will be invited to take part in a tour of the industry in the UK. We
anticipate that this tour will take place in September 2013
With the young designer of the year award, LFDW offers young fashion designers the opportunity to be
participants at targeted seminars and workshops facilitated by British Council and a chance to exhibit
their collection in front of a select audience at the Lagos Fashion and Design Week.

LFDW normally chooses between 10 - 12 young designers who are trained in Master Classes by British
Council for a week to enhance their design skills towards their competition during Lagos Fashion &
Design Week, where one designer will be crowned the winner.

Past winners include Isoken Ogiemwonyi (CO – CEO of Retail Store, L’Espace) for the Young Creative
Entrepreneur Award and Josh Samuels for Young Designer of the Year Award.
The screening sessions for the awards will kick off in Port Harcourt on the 26th of August, Abuja on the
28th of August and ends in Lagos on the 30th of August.
To enter please visit www.LagosFashionAndDesignWeek.com
Prizes up for grabs include: