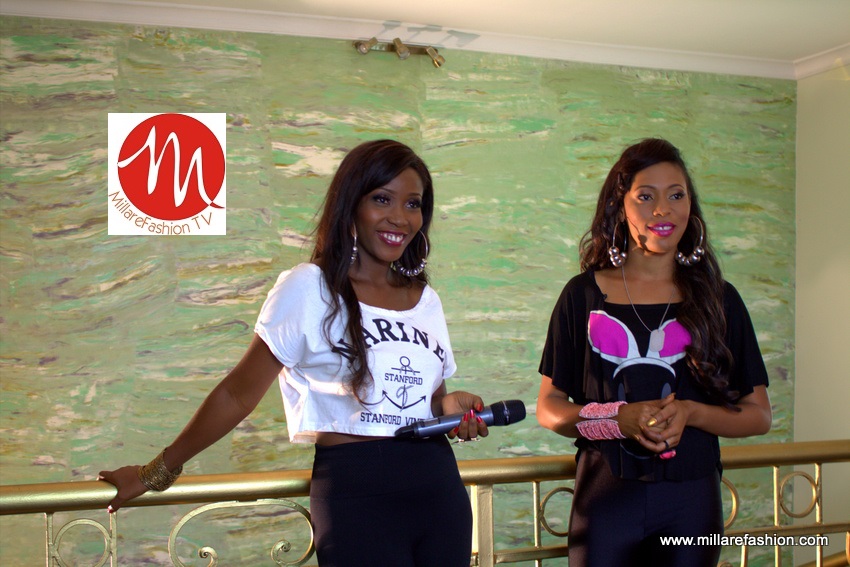 I am happy to announce that Millare FashionTv Second series Shoot was an extraordinary success! I’m sorry for not posting as often as before, but with work, my masters exams and MFTV Shoot, it has been a few stressful weeks. Before I bore you with the journey of my drama filled days to the shoot, allow me to gist you, all the wonderful things that happened on set. (Hope you have a bowl of popcorns near) 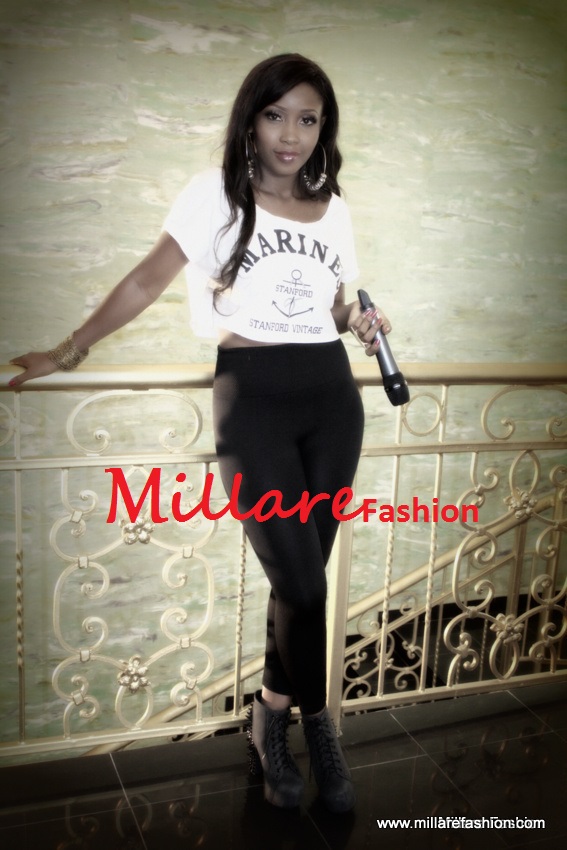 The day before the shoot, was as interesting as the day, of the shoot. I’m glad I hurried to church to secure the success, of my shoot with prayers, else I wouldn’t have had the strength, to bear up when I started receiving I-am-sorry, calls from some guests billed to be on the show. The reasons ranged from sickness, lack of strength, work, accident to (you won’t believe it) wedding preparations.
The day of the shoot dawned clear and bright and I arrived on set early, (for once!) as the renowned JJCSKILLZ, Awoo master and Badman Director was handling my production and I didn't want to trigger his artistic temper (lol). Soundcity Mr. Olatunbosun Bello headed the camera team comprising of King Itun Bab and Jefferson Arebun. Despite the flurry of activities and organizing we started a bit late (it’s not easy being an executive producer and host at the same time)


I had three makeup artists in the house, Cynthethic Makeovers, Dara Effects and Hadassah Makeups.  Dara and Cynthetic are now hosts on MFTV new Makeup segment “Beauty-Watch”. (Go to our Youtube Channel to get all your makeup tips and tricks from the experts). Dara almost had me in tears by coming late (due to traffic complications), so this is me feeling "happy" while waiting for her to make me pretty lol
We started production with the SHOOTING STARS segment and our very first guest is popular photo-artist Paul Ukonu. I and Onile had fun asking him tough questions and teasing him on his nude shots of Alvin (find out how he got Denrele to wear a suit on the channel)


The “Opinions” Segment was an fun to shoot as, I and my partner Onile Gift Ojeka basically had fun dishing everyone that had ever misused the "like" button on social media site and "LOL" slang while chatting. We had a hilarious time on the streets asking people, this question “is Maga synonymous with Mogu” (Watch Millare FashionTV on Youtube to enjoy the funny reactions we got)

The drama began when some of my guests and team members decided to forego all righteousness and express their displeasure at not been given enough face-time on air or not been treated as royalty, while some decided to raid my food/drimks closet and engage in the terrible act of eating on the job. lol
The Chic-torial and Beauty-Watch segment was next and I had a great time laughing at the expense of my new hosts and staffs while editing the segment with my Editor. 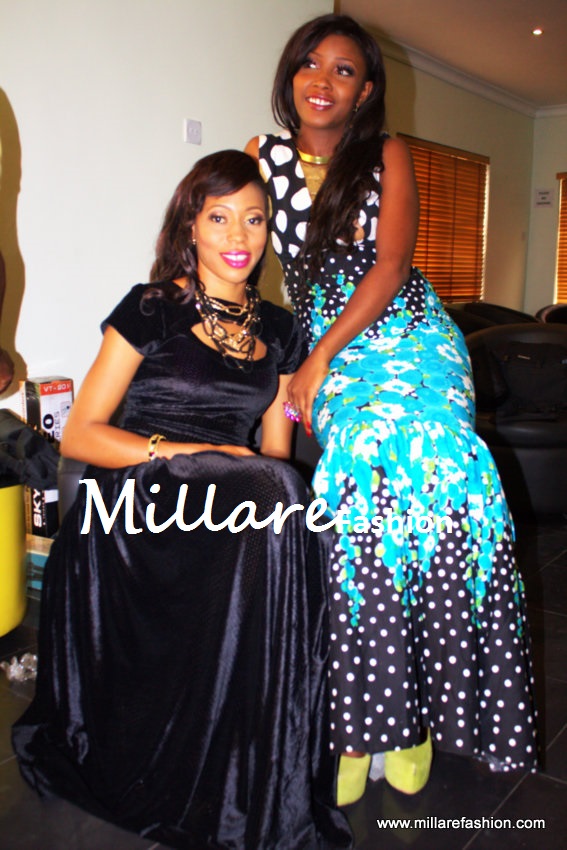 The style segment was great and our guests were Winner  MTN Lagos Fashion and Design Week 2012  Josh Samuel and the edgy stylist, Pr and blogger Priscilla Phillips of FAMPR.  Watch out! This time we didn't restrict our wicked wit to just celebrities but some fashionista caught by our style radar!
Special Thanks to the CEO of The Royal Emerald Hotel JACK NWOSU,  who placed his entire beautiful hotel at our disposal while graciously ensuring we had uninterrupted power supply. If you ever want a have a private get-way for rest or relaxation, then head over to this hotel; Believe me, You will get premium value for your money.
Despite the flawless makeup on us, we wouldn’t look this beautiful without the lovely cloths on us, graciously supplied by DAMIMI COUTURE, CID BOUTIQUES and KESTYLE COUTURE. Did you notice our divine earrings, bangles and neckpiece (ofcos you did) they were supplied by Glam accessories. You can have them by calling 07037259319. 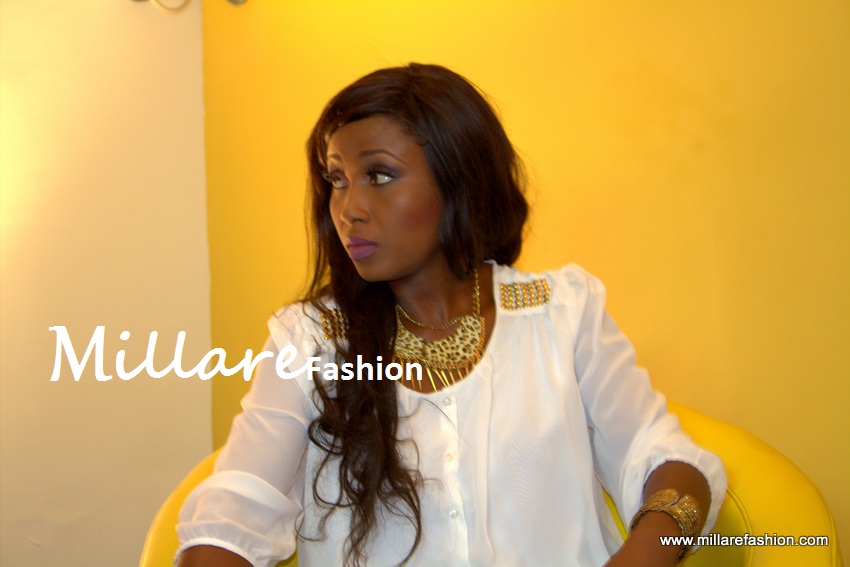 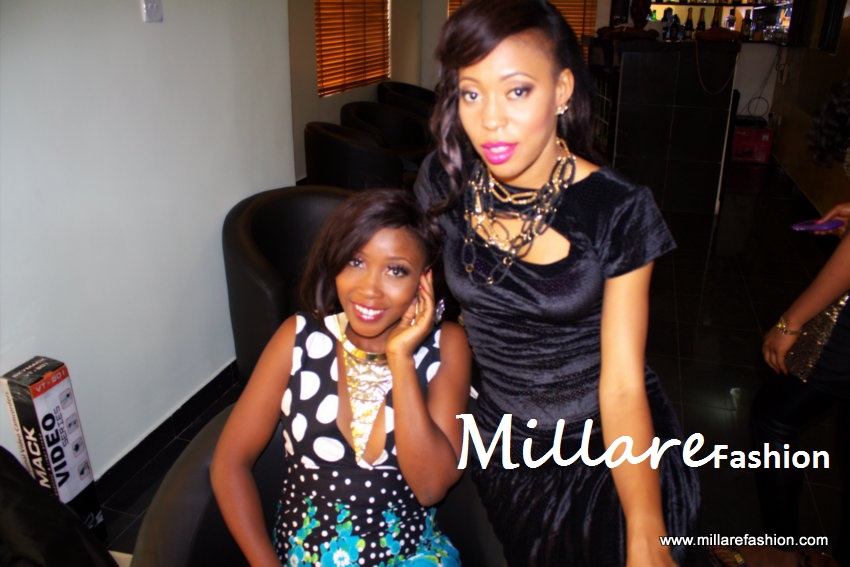 Below are more pictures from the shoot