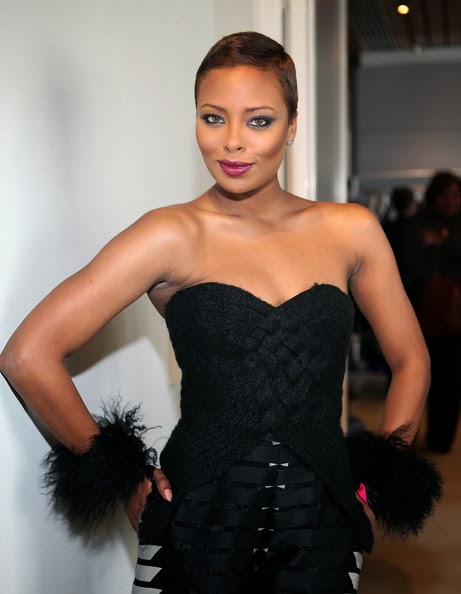 R’ajwa Productions, the film and television subsidiary of The R’ajwa Company is pleased to announce that its first television show, African Inspired with Eva Marcille, will be premiering in 2014. Hosted by model, actress and reality TV star, Eva Marcille, African Inspired is an exciting new Docu-Series focusing on African culture and its widespread influence on modern life across the globe.
As it aims to introduce a wider audience to all facets of Africa other than what is typically portrayed in mainstream media, African Inspired will be broadcast in North America, Africa and Europe on many major networks to be announced in March 2014.

R’ajwa Productions will be hosting an official cocktail event for African Inspired in Accra, Ghana on March 7th 2014 to present the show to Ghanaian audiences; invitations to this exclusive cocktail event will be emailed to guests at the end of January 2014.

About Eva Maecille
Following Eva Maecille, America’s Next Top Model win, Eva became an international runway sensation and has since graced the covers of countless American and European fashion magazines as well as appearing in numerous fashion campaigns. Eva’s acting career has also taken off. After recurring and guest star roles on Tyler Perry’s House of Payne, Smallville and Everybody Hates Chris, Eva had a leading role in Sony Pictures’ film Crossover and Chris Rock wrote a supporting role just for her in his Fox Searchlight feature, I Think I Love My Wife. Eva also serves as the co-creator and producer of BET J’s hit fashion series My Model Looks Better Than Your Model. Eva was also the host of Oxygen TV’s Hair Battle Spectacular and stars in her own reality TV show Girlfriend Confidential LA.