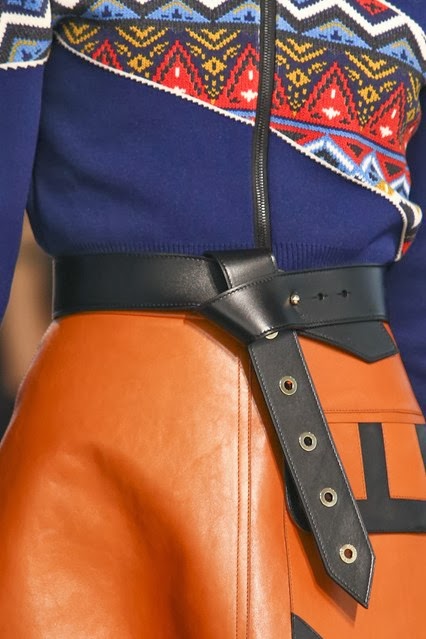 Understated, young, contemporary and relevant New prints, new bag shapes aptly describes the Autumn/Winter 2014-15 Ready-To-Wear debut collection by Ghesquière for  Louis Vuitton, showcased at the just concluded Paris Fashion Week .
"Today is a new day. A big day," Ghesquière wrote in his show notes. "You are about to witness my first fashion show for Louis Vuitton. Words can't express exactly how I am feeling at this moment..." Although his beaming smile as he took his bow said he'd done what he came to do. 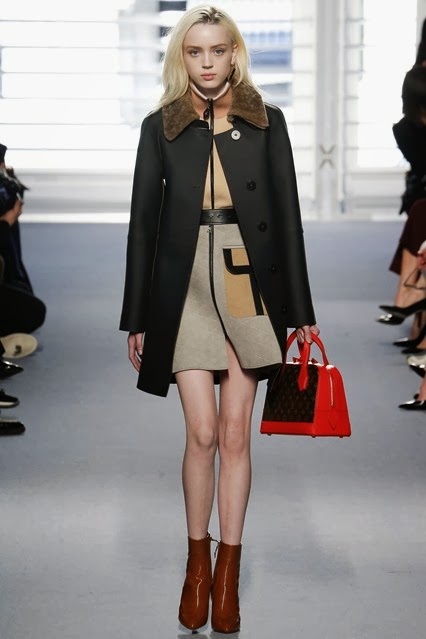 REVIEW OF THE COLLECTION BY VOGUE JESSICA BUMPUS
It was sharp, glossy and modern as we expect from Ghesquière, all those little nuances and slick stylistic details we knew of him at Balenciaga here at play: cropped proportions up top for little shrunken jumpers tucked into twisted belts on tight trousers that nipped in at the waist and then tightly clung to the leg all the way down; and short stiff A-line glossy or quilted skirts for that sense of sci-fi futurism that he does so well. 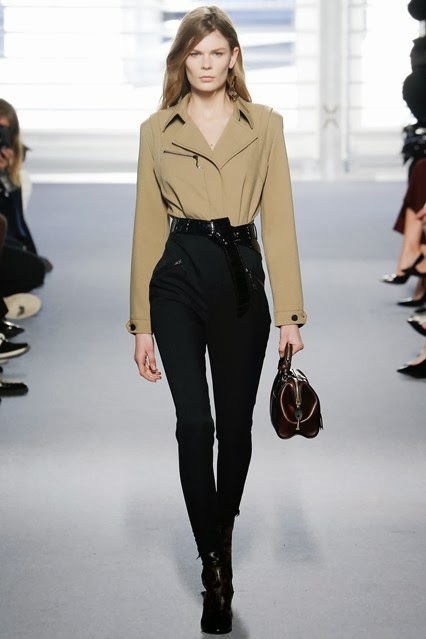 He focused mostly on an inverted silhouette, occasionally wavering for empire lines and babydoll styles for a nod to the Seventies that continued in the colour palette (of maroon, mustard, black, blue and varying shades of brown) and then on to little natty jackets whose collars were razor sharp, or waistcoats too. There was a buoyancy in dresses whose focus was on the shoulder, a fluted frill held in place by a black panel across the chest - the same lightness could be found in skirts that unraveled from a knitted waistline and then down into feathered segments. 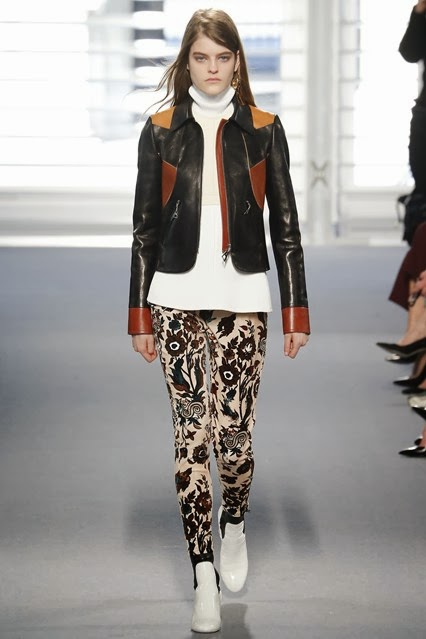 And of course there were accessories to covet. There couldn't not be. Here we had curve-heeled booties in red, black and brown leathers, some boasting the LV logo, while little box bags riffed on the luggage heritage of the house, incarnated as mini trunks. Elsewhere it was little bowling bags and logo-ed clutches scrunched like bows 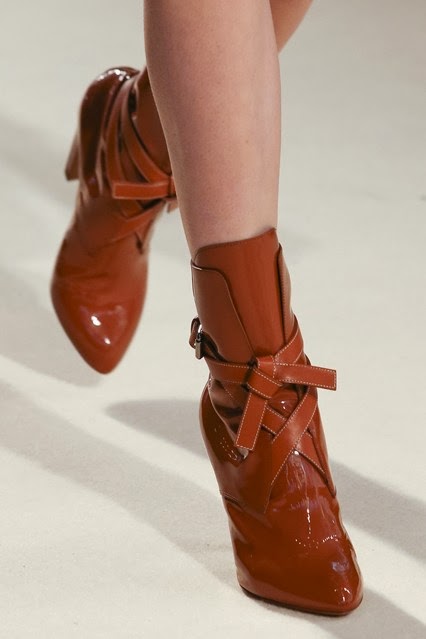 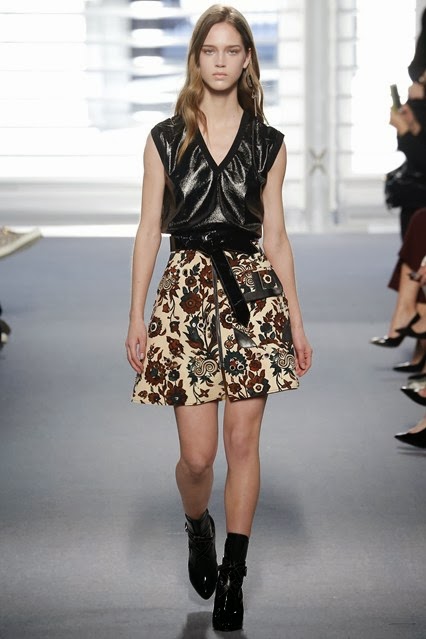