Naomi Campbell Dishes on Designing 1st Fashion Line! I Will Design For All Women, Not Just Women of Color 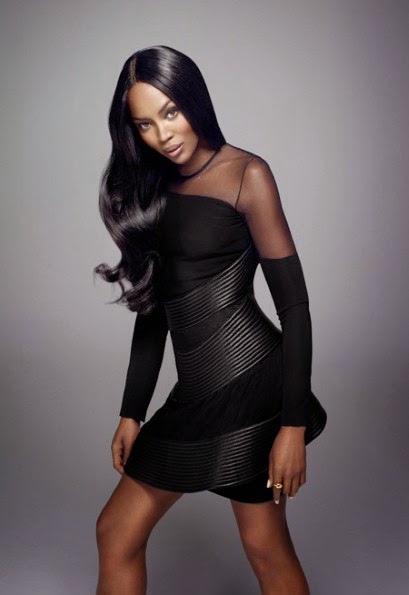 World Supermodel and Executive Producer of hit modelling show “The Face” Naomi Campbell, is thinking about designing a clothing line.
In an interview with Mail Online, the age-defying model said “I’ve been approached by a few brands to design a line for them, it’s something that interests me and I’m in negotiations.”
The 44 year old who is friends with design and creative big wiz, Roberto Cavalli, Domenico Dolce, Stefano Gabbana et al, has not revealed, if she will be high end
or high street, but disclosed that she had worries that her launching a clothing line would interfere with her relationship with most designers who she models for.

According to her “Now I’ve grown up a bit more, I will design not just for women of color, but for all. I see there’s lots of things that are not there that I feel that I’d like to have, and so I’d like to share it with everybody.“
Naomi plans to launch a womenswear line including, lingerie, accessories and swimwear. She is also set to release 3 books next year – two image-based books with publisher Taschen and a collection of nudes captured by Paolo Roversi.
Photo Credit: Fashion.telegraph.co.uk
Email Post
Labels: Domenico Dolce Naomi Campbell Dishes on Designing 1st Fashion Line! I Will Design For All Women Not Just Women of Color Roberto Cavalli Stefano Gabbana