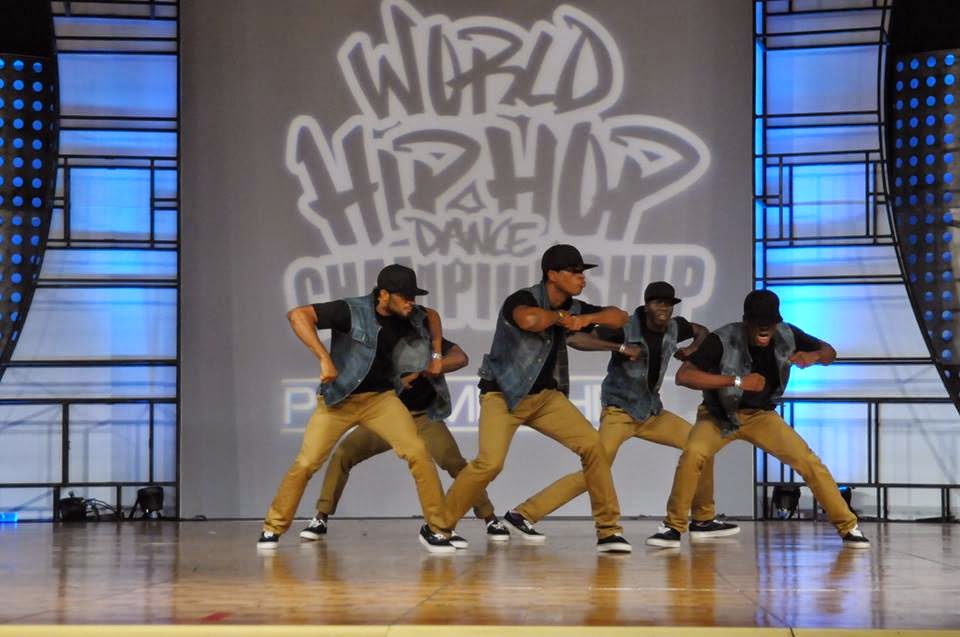 On August 6th, 2014, history was made in the USA when Nigeria's Stars on Earth Dance Crew, climbed the stage at the 2014 World Hip Hop Dance Championship, at the prestigious Red Rock Resort and Casino, in the entertainment capital of the world, Las Vegas.

For the first time since its inception 13 years ago, Nigeria finally joined South Africa and Zimbabwe as the three African countries with representatives at the world’s most celebrated dance event.
For six days, over three thousand five hundred of the world’s best dancers came together in the Sin City for the 2014 World Hip Hop Dance Championship, an event true to the real values of hip hop culture. Crews and MegaCrews from forty seven nations competed to capture the world title and international bragging rights in the presence of hip hop icons, artists and celebrities.

Hip Hop International founded in 2002 and based in Los Angeles is the producer of multiple live and televised street dance competitions. Among them are MTV’s Randy Jackson presents America’s Best Dance Crew, the USA Hip Hop Dance Championship, the World Hip Hop Dance Championship, the World Battles and Urban Moves Dance Workshops. Hip Hop International is recognized in more than 100 countries by its broadcasts on many international networks.

Coming out after a great opening with Davido's Skelewu by Ukraine representatives, Stars on Earth, the winners of the maiden edition of the Nigerian Hip Hop Dance Championship, held at the Sports Hall of the University of Lagos in May 2014, dazzled the international audience with their intermix of Nigerian and international hip hop moves.

The unique choreography by Michael 'Grey' Oseghale earned Stars on Earth a standing ovation by Hip Hop International's founder, and the executive producer of "America's Best Dance Crew' of MTV fame, Howard Schwartz. Schwartz expressed his gratitude to MindStream Media for sponsoring the crew  to the Olympics of Hip Hop Dance and prayed that they will get the much needed support to send more teams from Nigeria to the championship in the nearest future.

According to the Country Manager, Hip Hop International Nigeria (HHIN), Fola Said, the Nigerian contingent was led by the Country Director (HHIN), Ademola Andrew Owolabi and the Director, Diaspora Operations of MindStream Media, operators of AMC TV on the StarTimes Network, Obafemi Obayemi.

The team returned to Lagos on August 12, 2014 and was met by officials of the sponsors and their colleagues from the Society for Performing Arts in Nigeria (SPAN).
The qualifiers for the 2015 edition of the Nigerian Hip Hop Dance Championship will commence with a workshop in Lagos to be hosted by HHI's Technical Director, Ian Levia in January 2015. The workshop will offer the complete and official analysis of the HHI rules and judging procedures. The one day course will include the history of street dance, demonstration of the styles and a video review featuring expert evaluation and scoring of routines from past world championships. Dancers, crew members, crew leaders, choreographers, studio owner, future judges or anyone interested in street dance and hip hop competition are encouraged to attend the workshop.

The qualifiers will be held in Benin, Abuja and Lagos in March 2015, while the finals will be held in Lagos in April 2015.
Fola Said reiterated the commitment of HHIN to foster unity among Nigerian youths through hip hop dance and solicited for corporate sponsors to support the movement to put Nigerian dance on the world stage, like they did for music and movies.
FOR MORE INFO please email:info@hiphopdancenigeria.com
Email Post
Labels: DANCE fashion HIP POP Music style TEAM NIGERIA DAZZLES AT THE 2014 WORLD HIP HOP DANCE CHAMPIONSHIP IN LAS VEGAS