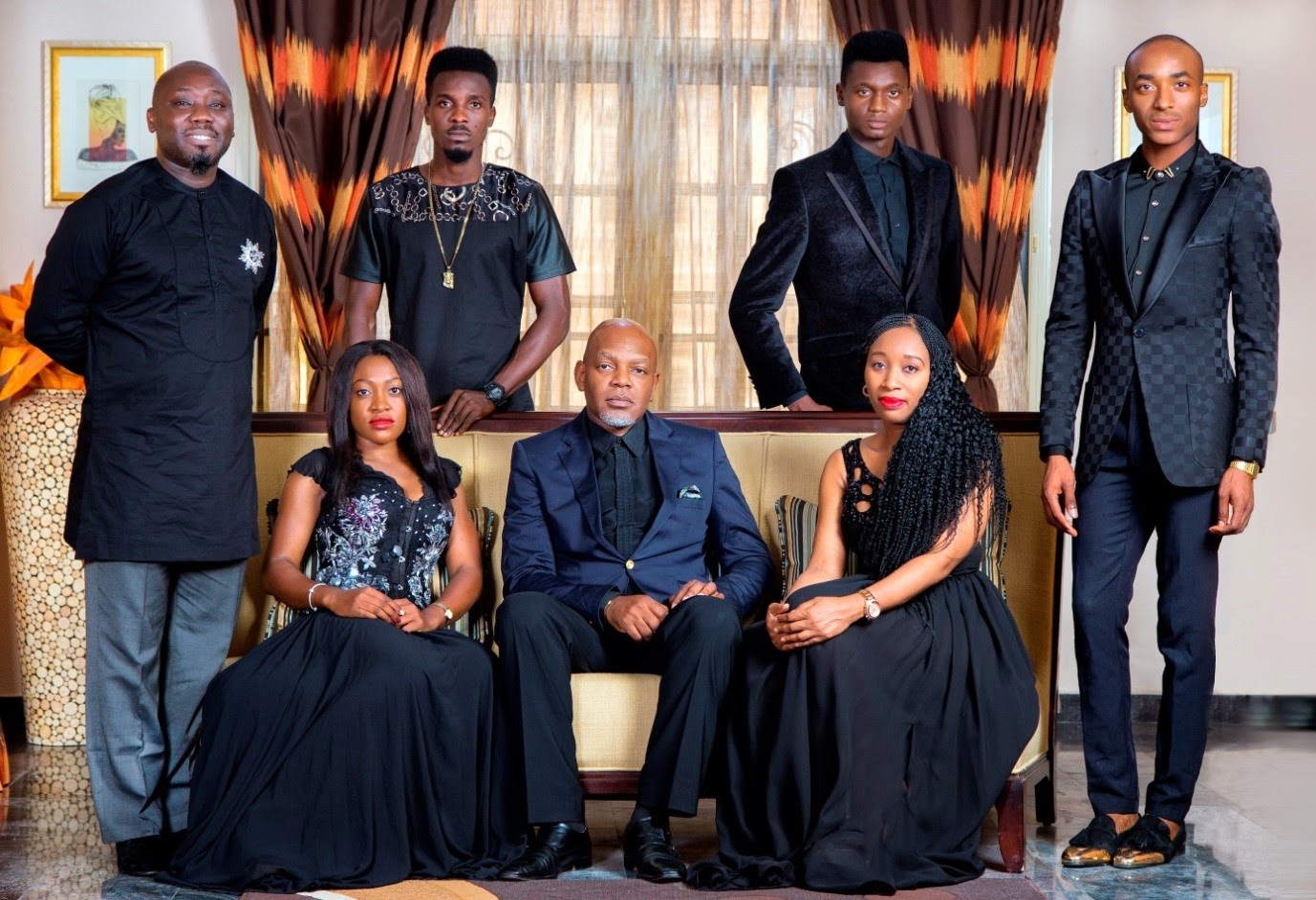 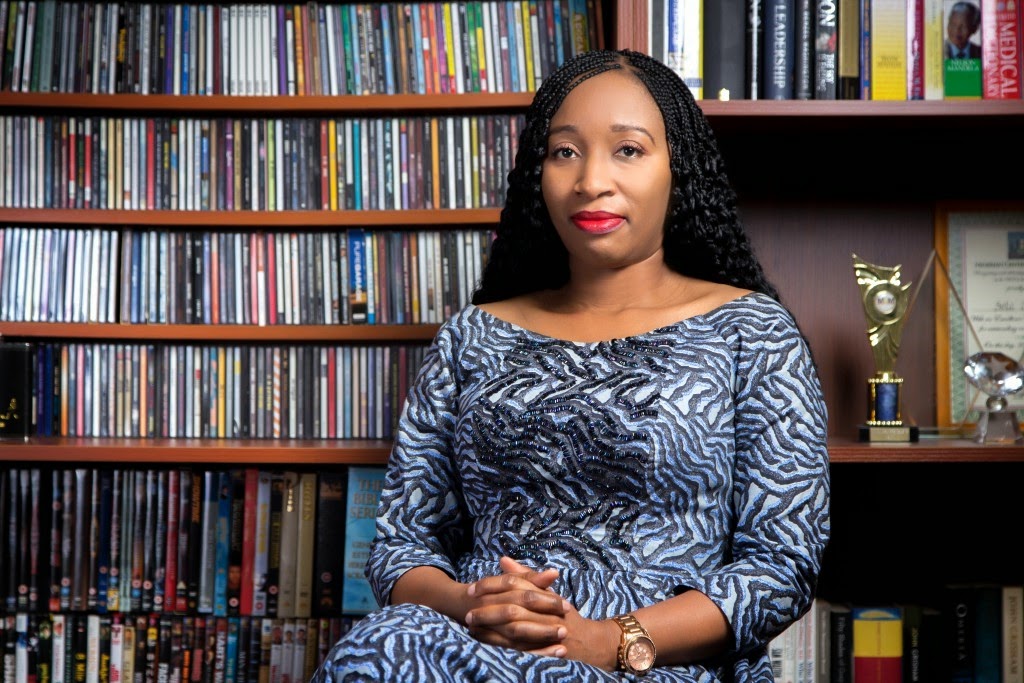 Ronke Ademiluyi: was born in London to a scion of the royal family in Ife Kingdom in the South Western part of Nigeria. She is a rare combination of beauty and brains. Ademiluyi, the founder and Chief Executive officer of Africa Fashion Week London and Nigeria is on a mission, fuelled by the lack of retail space, production factories and start-up funds and how it is hindering the growth of the potentially multimillion dollar African Fashion Industry.  A graduate of Law from Thames Valley University in London, her passion and flair for fashion stood her out among the high and the mighty in Nigeria and internationally. While in the University, her passion for dressing and looking good became so pronounced that she started assisting people to choose apparels for their wardrobes, a pastime which later grew into a professional consultancy. Africa Fashion Week London, her brainchild got global recognition and become an unparalleled platform for over 2000 UK and non UK designers and In 2014 she decided to bring the show to her country of origin. On 18th May 2014, and in response to requests from many of Nigerian designers that showcased in AFWL, Ronke successfully hosted the first edition of Africa Fashion Week Nigeria, bringing the event home to the African continent. The event featured over 40 designers and exhibitors, most of whom are young and emerging names in the fashion industry.
Ronke continues to be dedicated to promoting African fashion and supporting African inspired designers across the globe 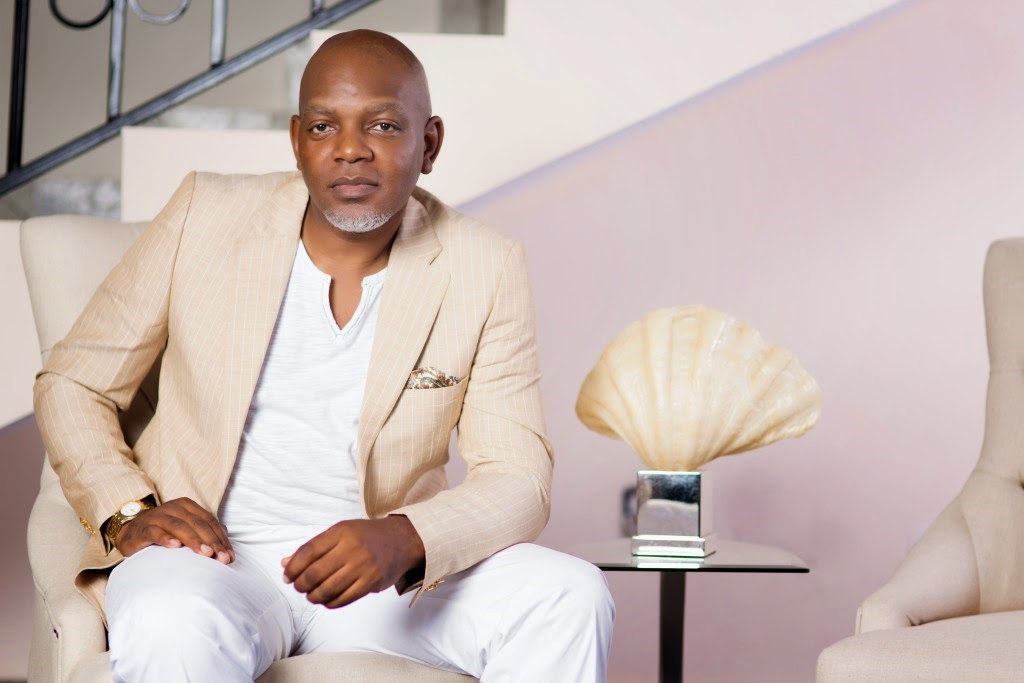 Sola Oyebade aka Mr Mahogany: is the CEO and Creative Director of Mahogany International, a Corporate, Events and Entertainment Management Group of Companies, which was founded in 1996.
Sola Oyebade is the Creative Director for Africa Fashion Week London and Africa Fashion Week Nigeria and has worked on both shows as their show producer and creative director since their inception. On average he works with over 70 designers and 50 models
for each show and working with the Founder Ronke Ademiluyi, takes each show to greater heights each season.
He is a recognized figure within the African & Caribbean entertainment & fashion industry and is used constantly as an events director, choreographer, international judge and show producer as well as a consultant to some of the top shows and events in the UK & Africa as well as being sought after as a celebrity guest for all of the biggest shows and motivational speaker on all issues that affect the fashion and entertainment industry.
He has produced or project managed some of the biggest shows in Europe and Africa including Lagos Jazz Series, Love Like a Movie, Saro The Musical, Britain’s Top Designer, Nigerian Student Fashion & Design Week and London Fashion Week to name just a few.
He received international acclaim and recognition for being the man who was responsible for making the Italian Vogue – All Black Issue the biggest selling edition of Vogue ever and Sola Oyebade and Mahogany International are both multi award winners and SolaOyebade is a recipient of a Nigerian Centnary Award (UK), being recognized as one of one hundred influential Nigerians over the past 100 years. 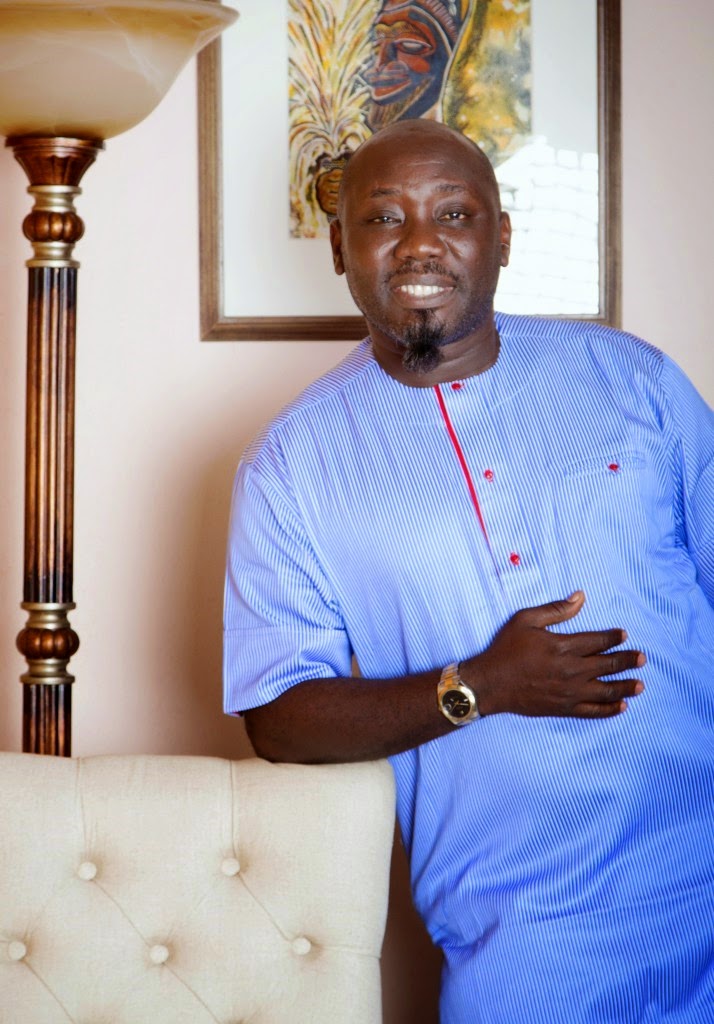 Abiola Olatunde Aloba: presently the Coordinator Africa, Africa Fashion Week London, which is a sister brand to the new baby Africa Fashion Week Nigeria.  It has been a colossal 4 years for us at the AFWL and we are set to deliver a glorious 5th anniversary edition this year at the Olympia in Kensington.
I have been a part of the worthy cause to promote everything Africa/Nigeria on the AFWL platform from the very beginning in 2011. My belief is that Africa is the richest and most blessed continent in the world,  and if given the opportunity her people are some of the most talented and creative people, in all areas of life.
Prior to my involvement in the laudable annual fashion extravaganza held in the summer of every year in one of the top 4 fashion capitals of the world, I had made my mark at one of Nigeria’s top 2  Entertainment and Lifestyle journal-Encomium Magazines; where over the years I rose through the ranks to become the editor of the monthly edition- Encomium Lifestyle and was a contributor to other journals under the same stable like the Encomium weekly and Encomium Special editions,  under the able and exemplary leadership of most probably the best in the business Mr. Olakunle Bakare.
In addition to the above, I was a very strong member (deputy to the director of events) of the organizing committee of Encomium Events, the organisers of the highly successful annual Encomium Black and White Ball and awards, annual Encomium Green and White party and the annual Encomium White party.
I voluntarily left the employ of the company in 2011. Presently, I am the Principal Consultant at a thriving Public relations and Media relations firm Maestro’s Media based in Lagos.  I also write for a blog Maestro’s Media, which is a popular online platform that covers Entertainment, Lifestyle & Fashion related news and stories with a very good dose of Celebrity gossip added to the mix.
I have had the opportunity to cover some fashion shows around the world in places like London,  South Africa,  Dubai,UAE and the US just to mention a few.
I believe that the AFWL/AFWN platforms are 2 of the best fashion projects in the world right now, helping to project the best and most positive news about Nigeria/Africa’s extraordinary creativeness. 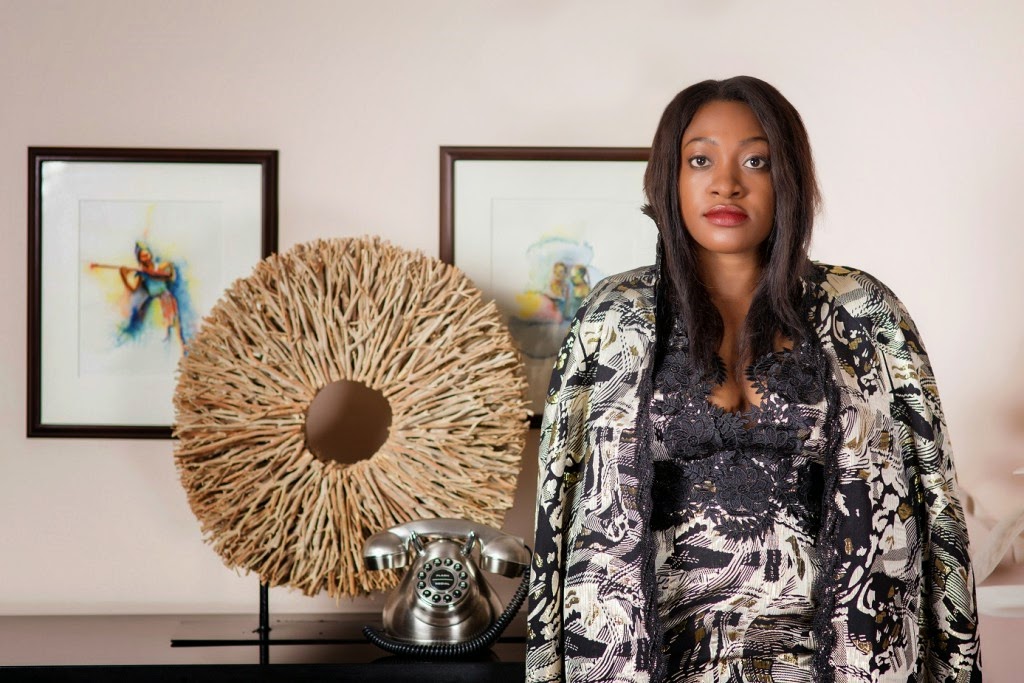 Yetty  Ogunnubi (Yetty D): is a professional in the Fashion and Art Industry. She is the head of PR and Marketing for AFWN 2015. Having over 11 years work experience in the fashion industry, she is the creative director and Owner of Yetty D label/ Revolution by Yetty D which is based in London. Over the years she successful organized an annual fashion event named after her label in which she uses the platform to promote emerging Fashion Labels and Artists in which many of them have gone on to become household names.
Yetty who is a lady of many talents, she co-produced, mentored and project managed soon to be aired reality TV Show Uber Africa Unmasked a show which followed the lives of up and coming designers in London to find the next best African inspired designers.
She worked as a fashion editor for a London based magazine Isaac Outlook Magazine, Side View Magazine and has contributed to numerous magazine. Her creativity extends to the children in which is the Creative Art director, teacher and partner of Paint-and Wear (Children’s Party Organizers London)
When she isn’t doing all the creative stuff she also runs her PR/ Image and Branding Consulting business in which works with Cooperate bodies, Celebrities and Personality, Yetty is well respected internationally especially in London which was her home for many years and now resides in Nigeria.
‘My main aim is to help solidify the place of African fashion industry in the world, as fashion is my passion and Africa is home to me. There are so many undiscovered multi-talented creatives in Africa that needs to be discovered. My job is to unearth them. 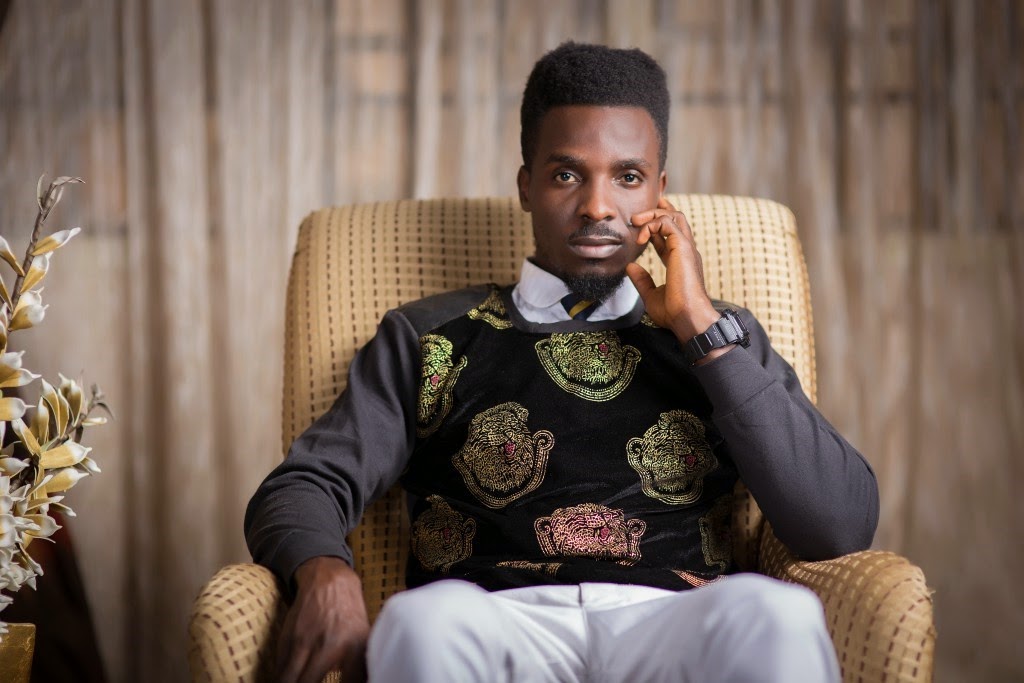 Ar’zu Okaro: the Ceo X-Ray Clothing online unisex clothing brand. He made his Debut collection at the black heritage Lagos state fashion week in 2010, Imo state fashion Week 2011, He worked at the back stage for Arise magazine fashion week 2011 & 2012 as well as being a dresser and he showcased his designs/collections at Nigeria’s Models Achievers award (NMAA)2012,also at City peoples Award 2013, he worked backstage at the Africa fashion week Nigeria (AFWN)2014 as the Wardrobe manager, and would be working for AFWN this year as the back stage manager. 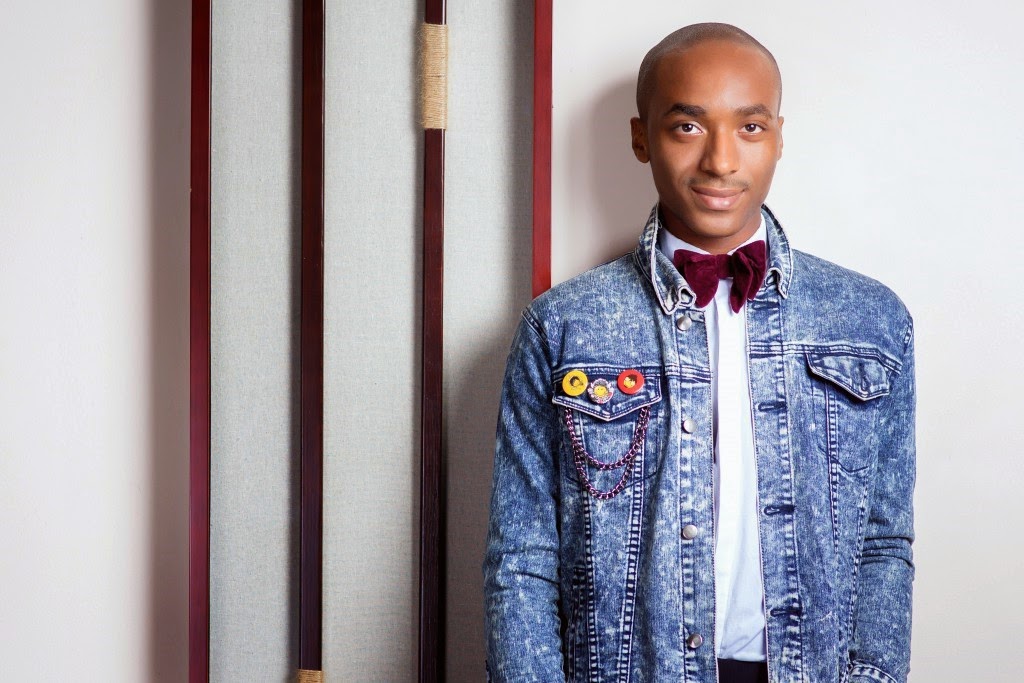 Jide Adedeji:  is the creative designer and stylist behind the menswear brand JREASON founded 2 years ago…jide has risen in the fashion industry as both stylish and enterprising. Having showcased his collections across major fashion platforms from ECOWAS fashion week to Music Meets runway. He has styled at nearly all the major fashion shows and Tv production (including spice TV). Jide is certainly no newcomer to the ethics behind the scenes and back stage
This year Jide Adedeji takes up seat as one of the head stylist for Africa fashion week Nigeria 2015 tasked to ensure that everything from make up to models is up to standard. 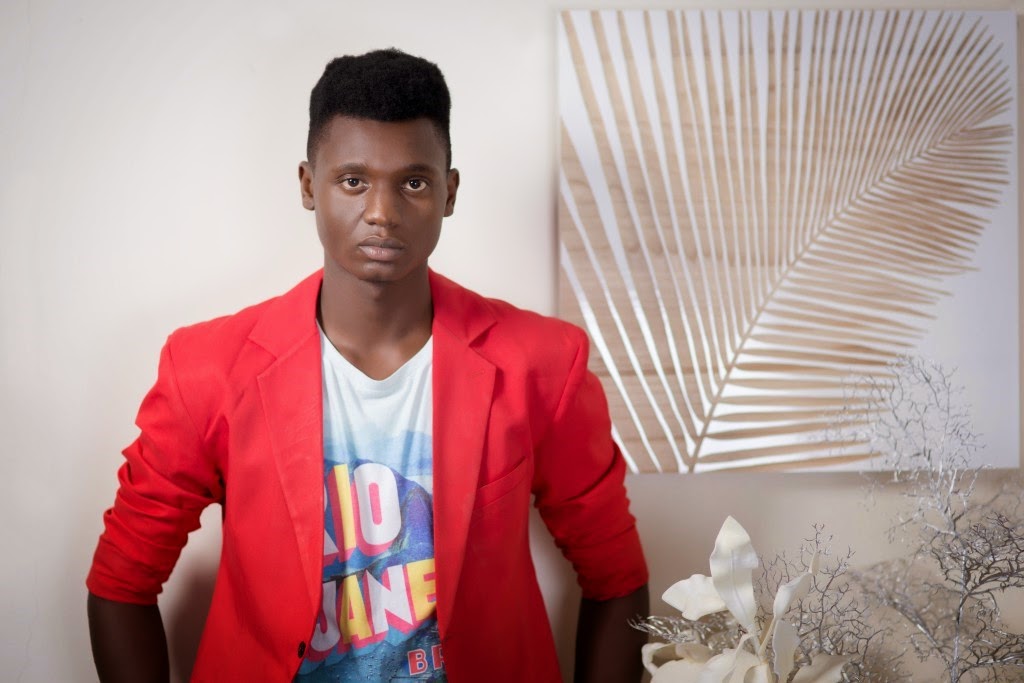 Micheal Udeh: is a stage manager, and also the executive director of hitbeatz entertainment a fast rising entertainment company in Africa, he has worked in major fashion shows in the continent such as, Nigeria’s next top designer, Nigerian student fashion and design week, Lagos fashion Meniac awards, freedom foundation charity ball Africa, Nigeria international super model, Michael who is currently studying for his 1st degree in Nigeria currently work with mahogany production one of Nigeria No1 event production company, who also has strong passion for event planning and production with an experience you want on your shows trust me you find him where there is creativity.