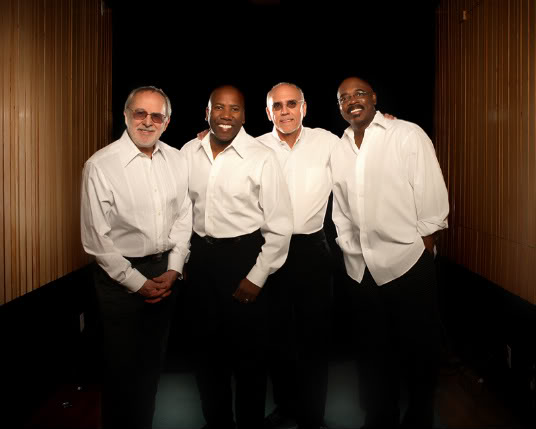 Etisalat Nigeria’s most innovative and fastest growing telecommunications company, in partnership with Lagos Jazz Series, last weekend treated jazz lovers to a night of eclectic performances by renowned contemporary jazz quartet from the United States, ‘Fourplay’, as well as popular Nigerian artistes at the waterfront of the Federal Palace Hotel in Victoria Island.
The event held on the second day of the Lagos Jazz Series at “The Etisalat Stage” and had performances by acclaimed masters of jazz, ‘Fourplay’ featuring the two time Grammy Award winning artist Bob James, Nathan East, Chuck Loeb and Harvey Mason. Opening act for the night was Nigerian Idol Season 2 first runner-up, Stephen Onochie who set the mood by performing Jazz classics by Louis Armstrong and Nat King.

Chairman, Etisalat Nigeria, Mr. Hakeem Bello Osagie, said it was refreshing to have Etisalat come on board the third edition of the Lagos Jazz Series, noting that it has become an event aficionados of jazz look forward to each year. “We are happy to be a part of an event that celebrates the versatility of music and we hope that this will be the third of many jazz episodes to come,” he said.

On the growth of Etisalat in Nigeria, Mr. Bello Osagie said, “It has been four interesting years of business in Nigeria. With a subscriber base of over 14 million and counting, we have become the fastest growing telecommunications company in the country, distinguished by innovation and driven by our commitment to provide our customers with excellent quality of service.”

Founder of the Lagos Jazz Series, Mr. Oti Bazunu, thanked Etisalat for being a part of the event this year, saying that their partnership goes to show that the company is truly passionate about quality which its network represents just like Jazz. “Through the jazz series we hope to make Lagos a destination centre once again and we are glad to be doing this with Etisalat,” he said.

The Jazz series which is currently the biggest Jazz music festival in Nigeria started in 2010 and is organised annually by the Lagos Jazz Series Group. In what was themed ‘Under the Influence of Jazz,’ top Nigerian artiste 9ice rendered jazz versions of his hit songs put together by well versed producer, Cobhams Asuquo before an eclectic performance from Ghanaian singer Becca.
Email Post
Labels: Fourplay Jazz Masters take the Etisalat Stage At Lagos Jazz Series 2012