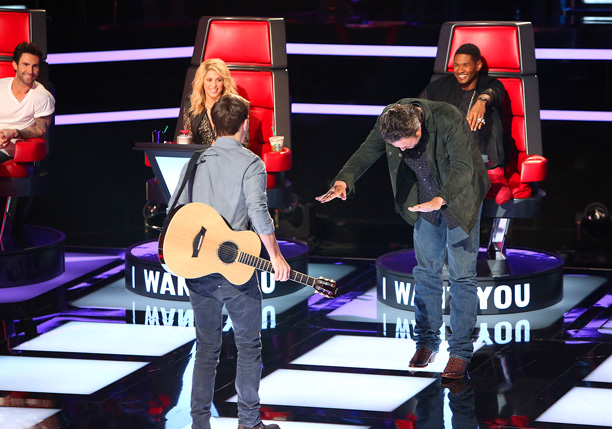 How did NBC’s The Voice perform for Monday night’s big return premiere with Usher and Shakira in the red chairs?It depends on which comparison you use.
Last night’s The Voice spring kickoff had 13.4 million viewers and a 4.7 rating among adults 18-49, easily winning the night.
Normally you would stack those numbers against the show’s Monday premiere on the same night last year. But that episode was a day after NBC aired the Super Bowl and had a giant 6.7 adult demo rating. So it’s down 30 percent from that. Another comparison (and in this case, NBC would argue, the more fair one) is the show’s season 3 premiere last fall, which had a 4.2 rating. So it’s up 12 percent from that round.