Saying I do for the First Time @70 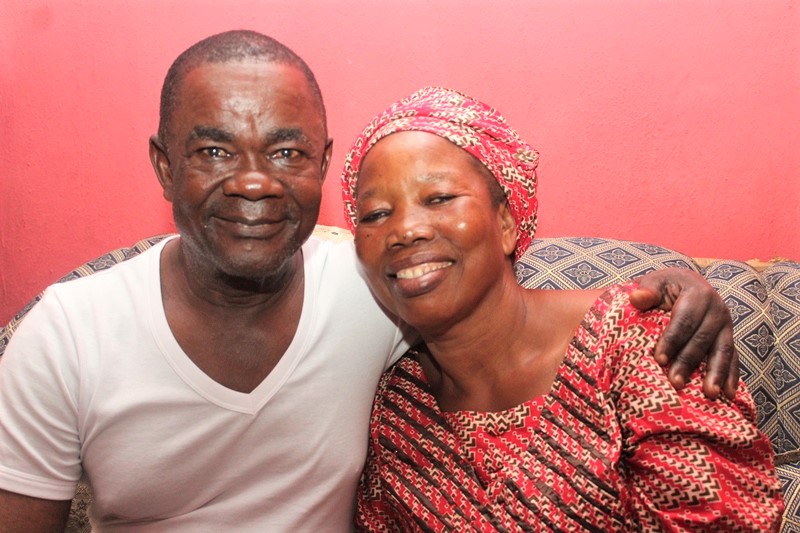 In a world where the divorce rate of marriages is at an all-time high and the word ‘true love’ met with cynicism and skepticism; like a rose among thorns stands the incredible love story of soon to be Mrs and Mrs John Silas who says ‘I do’ after 44yrs for the first time in church this Saturday to prove naysayers wrong.
MILICENT AREBUN ONOUHA and SAMUEL ABULUDE writes on the extraordinary couple and what makes their story a must read. 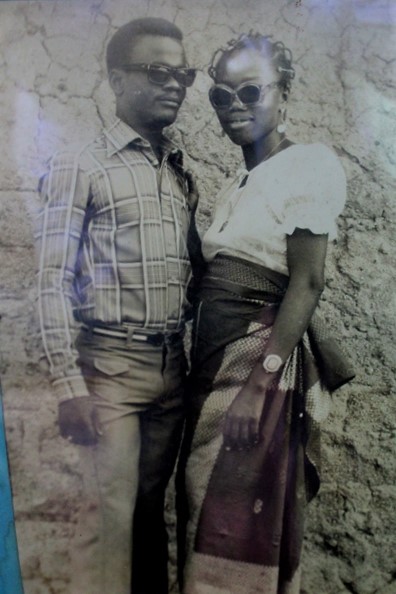 71yrs Retired Sergeant, Akpan Ufot Silas who hails from Nya Odiong of Mkpan Enin Local Government Area of Akwa Ibom State met his one true love Mrs Beatrice Ulunma Silas in Owerri Imo state one fateful day in 1973 while serving in the Nigerian army as she walked past where he was living. In his words ‘I sighted her walking past where I lived and instantly wanted to know her better, so I sent one of my underling to call her for me.

65yrs old Mrs Beatrice Ulunma Silas day of joy dawned last Saturday as she walked down the aisle with her husband of over four decades in a beautiful white wedding gown at Practical Christian International Ministry at Oworonsoki part of Lagos. According to the still beautiful bride her ‘Day don break for me’. She recounts to us fondly how she almost missed the man of her dreams at almost 18, through girlish fears and ignorance as she initially rejected the overtures of the dapper Sergeant Akpan Silas. Overtime he evidently wore her out with his lavish gifts and attention. In her words… ‘In those days even a twenty years old girl is ignorant of the ways of men and was still a virgin as opposed to today. I was an orphan and liked all the good things he kept buying me; for instance, fragrant soaps and beautiful cloths so I decided to marry him upon the advice of my siblings’.

With two adult children and six grand kids one would think that after all these years of been wedded traditionally, the couple uncommon love would have waned to something akin to what we call normal today but NO! According to their first son Mr John Silas Political reporter and South West Editor of Authority Newspaper… my mother is still fiercely jealous about her husband.


The proud grandparents and entrepreneurs journey had experienced its share of triumphs and sometimes gloomy as sergeant Akpan Silas was poisoned sometime after their traditional wedding and was both physically and financially incapacitated for a long time. This lead to his retirement in 1982. Undaunted, the dauntless Mrs Beatrice who is till date known by all as a shrewd industrious woman of integrity took up the mantle and held her family together as well she could. The resultant effect of her integrity is what birthed the family owned business’ known as ‘Real People’s Restaurant’ which is popular spot for locals in Oworo and Gbagada environs. Mrs Silas herself battled with a strange illness for months last December. Today the couple are all smiles and love having triumphed against all odds.
When asked the ultimate question of why he choose to say ‘I do’ and walk down the aisle now, 44 year after, Mr Silas hinged his decision on his new and increased knowledge of God and God’s stance on marriage as a Christian. According to the still handsome groom ‘On the last day I don’t want God to say ask us questions. Evidently unwilling to risk the chance of his wife not been recognised as his wife by God himself on judgement day, the retired sergeant took the bold step to make his wife his, and his only under the eyes of God and man.

The unusual wedlock has garnered varying reactions ranging from shock, bewilderment to excitement as Lagos basically get ready to witness history been made. According to first son Mr John Silas ‘people keep asking me what kind of wedding gifts to get for them as the usual gifts of diapers or bathing equipment for babies is impossible in this situation’ …he laughs.
The first born and only Son of the couple, John Silas, Political Editor and South West Editor of Authority Newspaper wasn’t in support of the church wedding when it was mooted to him three years ago but accepted when her mother insisted.
“Initially I was skeptical of the white wedding and refused to accept it. But I was alarmed when she asked me a question, ‘is it when I die that you’ll consider my request to have the church wedding? This among other things made me have a rethink,” he noted.

Speaking on his parents enduring love for one another, the father of three said, “One thing I learnt from my parents right from when I was small was that they love themselves and it shows. They work together at the ‘Real People Restaurant’ which has been a family business for more a decade and half.  The oneness in my family is evident. Even when my father was sick, my mum was there for my father. My father worked in Kano before being posted back to Lagos. My dad who was in the army was poisoned and we needed to take care of him. That was in the early 80s. My mum was very rich then as a fashion designer who owned foreign and local machines. She had to sell all she had then to be able to take care of us and dad’s ailment. We thank God that we are alive to see the joyful celebration today.”

Mrs Ufeoma Nwawere, only daughter of the now famous couple and proprietress of Total Light Nursery and Primary School noted that she was elated that the church wedding is holding after all. She noted that her parent was not allowed to partake of the sacred Holy Communion in church because they had not been joined together in a church and it was paramount so as to have God’s blessings. This in no small way, unsettled her parents. The proprietor of Total Light School said, “My parents were stopped from partaking in Holy Communion in the church. Other elderly parents, who were also denied, had been having their own white wedding and they wanted theirs too to fulfil all righteousness. The pressure was so much that my mum was complaining saying we the children do not want to support her. So, my brother told her to go ahead and fix a date. I’m so happy that it is a reality. My friends who are coming for the ceremony, asked why church weding at this stage and are they coming to the east for the celebration?

Never says Never! There were the first words of Lagos State House of Assembly member, Honourable Jude Emeka Idimogu who happens to be the Chairman of the wedding reception when asked to comment on the unusual wedlock.  He opined that a church wedding such as this is of utmost importance. The Honourable from Isolo constituency who happens to be the only Igbo man in the Lagos assembly orated ‘From my own little knowledge, God honours the marriage of his children. Remember the first miracle at the Wedding at Cana. In some churches, white wedding is of utmost importance aside traditional marriage and court marriage. The Roman Catholic Church and other churches holds church wedding as a prerequisite for receiving the sacred communion. This is because a man may have many wives through multiple marriages but it is the only one wedded in church that is recognized. There is a blessing that accompanies the marriage which a priest blesses. You can only remarry when your spouse dies. For the aged couple, it is never too late. I hope there will be a honeymoon for one week at least”.

In answer to the question people who have witnessed the couple’s enduring love ask, as they marvel at their apparent closeness and ability to live peacefully even as co-owners of a family run business, Mrs Beatrice Silas says ‘He understands me and I understand me, that’s the secret of our happiness.
Before marriage like many major endeavour in life, learn, plan and prepare for it was Mr Akpan Silas advice to young couples planning to marry, while mrs Silas advised wives to never compare their husbands to others and master the act of patience for in due time they would reap its reward.

Evocative of the Ed Sherreen song ‘still loving you at seventy’ we witness Mrs and Mrs Silas still loving themselves at seventy, joined today in holy matrimony and live out their happily ever after without shadows.