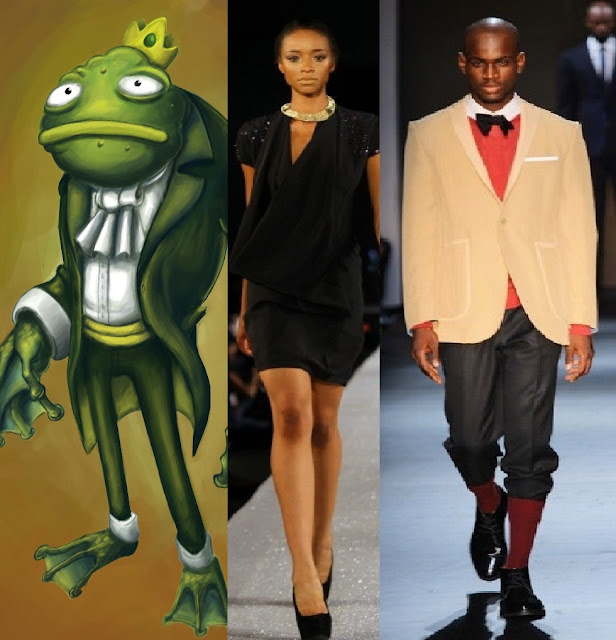 Have you heard the sage saying that eavesdropping is uncool, for you just might hear what you don’t like? Well I think its not entirely true, because you just may glean a startling revelation about yourself from what you hear. There I was, innocently sitting, licking caramel flavored ice cream off my lips after watching a movie at the Silverbird Cinemas when I happened to overhear a conversation, that exasperated me so much that I lost my sweet tooth.  It was a different version of the same old story of girl meet frog prince, frog walks all over girl because girl is too chicken to demand what she want and live with the consequences if he refuses to play ball.
The growing rate of ladies stuck in dead-end relationships, is directly proportional to the growing jaded outlook, age and cowardice of our women folks, both young and old. This is alarming to say the lest; where is the dignity in being with a loser (That one who makes you feel like nothing, so he can feel like something) or commitment phobic male who says he loves you but think you are an air head and don’t have anything worthwhile to say. Or the one that destroys your self esteem systematically by being serially unfaithful,  while you wait on him hand and foot? Where is the love in a relationship that is as old as a teenager and still he is stalling because his family suddenly don’t like you despite the fact that you have being  an unofficial member of the family for years?
The unbecoming slogan that ‘you have to kiss, lots of frogs to find your prince’ is a typical example of what I tag  ‘frog prince Craze’, which  make intelligent forward thinking ladies retard to door mats with a blazing slogan inscribed on it saying ‘Hurt Me’.  I know that we all want the security of love and marriage, to make us feel whole and that’s how it should be, but on the journey to find our prince we don’t have to lose or hide who we are (intelligent, passionate, hurt, happy, angry,etc) in the process.
Did you ever wonder, if your frog was too bored with your ‘YES’ personality to make the effort to turn into the prince he truly is? little wonder, our men complain that as soon as the ring has been placed on our little fingers, we metamorphose into monsters. It’s high time, we take a long look at ourselves, our relationships and our reasons for been in it, with the glaring lights of truth, then make a decision to turn a new leaf,  for you deprive and cheat not only yourself but your partner by been less than who you are. In some ways  it’s as worst as been unfaithful to him, for you reserve the best part of yourself for your friends and family while giving him a shadow of what you can be. The ugly truth is that even when we make ourselves doormats or mould ourselves into what he think he wants, what we fear the most inevitable still occurs,….he walks out the door, so then why live with the self disgust?
Take a chance today and be yourself, I guarantee it will produce just one result…..which is….. flush out the toads in your life and usher in your true prince.
Till we meet again…..
Email Post