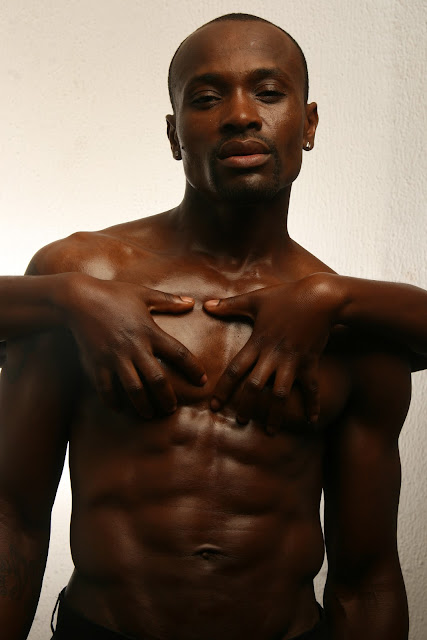 In order to gain insight to the character, motivation, future plans and seeming enigma of our Headies Award winner for Best Male Vocal Performance, Capital F.E.M.I. I recently finagled a sit-down with the RnB Artist extraordinaire , Sport Buff, Vocalist ,Song Writer and Trendy Fashionist, in his brother, renowned A-list Comedian Gbenga Adeyinka CFR office in Ikeja and we had a fun chat/interview. Read and enjoy. 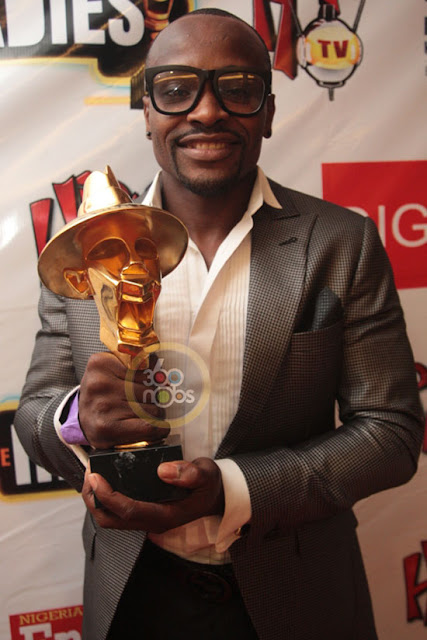 Headies 2011 Best Vocal Performance Male, Capital F.E.M.I ,born FEMI ADEYINKA is a native of Abeokuta, Ogun state Nigeria but born in Lagos. He had his early education at Fountain School Surulere, Maryland Private School and spent two years at Government College Ibadan before he proceeded at age 12 to the USA.
While in College in the United States of America FEMI, who thought he would be either a doctor or engineer, discovered his talent for singing during his last year of college through sheer chance, while singing with a group of friends in a talent show . With a half smile on his face, he reminisces on how he first said ‘no to the teacher who suggested he pursue a music career, after hearing him sing. He later decided to pursue it full time and thus began to build a musical career.
FEMI continued to sing and write music while learning about the music business and became one of the lead vocalist in an R&B male group called 4thComing and then decided to go solo.
On been asked why he went solo, he says ‘we were supposed to do a huge show in America ,this is when Fabulous come out and we were so excited, we had visions on how we are going to blow, make money and live large but at the last minute, the show was cancelled. It was a huge blow to us and that is what eventually broke the group up,  for my partner kind of gave up on music so I went solo’.
FEMI believes that to have a global impact, you need to have a home base, thus, this inspired him to come back home to his motherland, Nigeria to build from base up. Blessed with a powerful soul voice, burning with passion and zeal to be successful in the mainstream market ,he came home to Nigeria in October 2009 with a song titled ‘Never Felt A Love’, which was a big hit with RnB lovers countrywide.  I asked him, what inspired the song and if he has Never Felt Love, which provoked shouts of laughter from him ...‘the song was inspired by a young lady that I was seeing then, one that I cared deeply for and the possibilities of what we could become though it didn’t end up that way.  But the love I felt then, inspired the song’.
FEMI has had the privilege of opening for and to share the same stage with internationally known artistes such as 2face Idibia, Style Plus, Sunny Neji, And Ne-Yo to mention but a few both home and aboard. He collaborated with Eedris Abdulkareem in ‘Baby I Got It’ (money, money, money) and is currently signed on to Kennis Music ,with whom he is set to, make a huge statement in the Nigerian and International music scene. His debut single ‘Never Felt A Love’ has reached the number one spot on Channel O Africa. His second single ‘Baby I Got It’ ( money, money, money) has been rising on the Nigezie top 10, Soundcity top 10, MTN Yello top 10, MTV BASE top 10 and his recent single which is the seventh so far, titled ‘Get Low’, that came on the 12 of February is following the same trend.
His dedication to his music has been evidence by his incredible performances and been awarded Headies Best Male Vocal Performance of the year 2011. Answering my question on how he felt when he won the Headies Award and if he was expecting it?, he says ‘wow, even till today, words can’t describe how I feel. It’s a nice feeling am not going to lie, I wasn’t expecting it and I had my reasons for not thinking I would be chosen. For instance, the other artist who were on the same category as me, all had albums and I only had a single. Everyone had a chance to listen to all their works and what they can be or give out to the industry as an album, while all I had was a few singles so I definitely didn’t think I would win the award. When they called my name, at first it didn’t sink in and when it did, that’s when I jumped on a chair...laughs..it was so funny, I was sitting next to Terry de Rapman, he was the one that actually pushed me that ‘ah ,Femi that’s you’ and I think...  ‘oh that’s true’ . it’s was a great feeling that I will remember for the rest of my life.
Chatting with him, I could literally feel his passion and enthusiasm for music in itself, especially RnB which he says, chose him and not the other way round, when asked why RnB music, instead of pop or hip pop. You definitely don’t get that tinge of desperate hustle, one feels, when dealing with a fame, power or money hungry artist, so I had to ask, What is your inspiration, motivation, drive and challenges?
When I came to Nigeria, RnB wasn’t the frontrunner kind of music even though we had the likes of Banky W, I have this attitude of, if you want to do something, you’ve got to do it all the way. That is, giving up is not an option; so for me, it’s not just about been successful or etching my name but about passion and decision. Certainly there has been challenges, one of which for me firstly was ‘will people accept my kind of music in Nigeria and if they do, how well will they accept it. I believe that everywhere in the world ,there is a difference between a star, a super star and a mega star. What makes you a super star is how well people receive and accept your music or skill and when people love you and your music , is when you become a mega star. I aim to go through all the levels and become a mega star.

Femi says his popular song ‘In The Name Of Love’ was inspired by all the dumb things he and others around the world has done in the name of love. Reminiscing on one of such things he did in the name of love ,he shakes his head and after much probing and cajoling from me ,he fess up saying he maxed out his credit card for a lady love that turned out to be just passing through. When I brought up his rumoured fall out and love triangle between himself , Fally Ipua and the gorgeous Nadia Buhari, he groans saying
‘I have no idea where that thing came from. I’ve never met Fally Ipua in person except at the last MTV awards when I saw him on stage and he won an award. I can’t even recall me and Nadia in the same place, but don’t get me wrong, Nadia is a pretty lady am not saying I can’t be in the same place with her but I don’t know her personally. Besides am a lover not a fighter so I can’t fight; secondly if I and Nadia was ever in a relationship, there would be no reason to fight!
Femi who says of his role models is R.Kelly confesses he has a huge crush on Genevieve Nnaji. He is  currently gearing up to drop his freshmen album titled CAPITAL F.E.M.I THE YEAR OF RNB and he promises his fans and the public that, they would definitely love it, because he is amazing at what he does. He final words to end this interview was two words to his fans...THANK YOU.