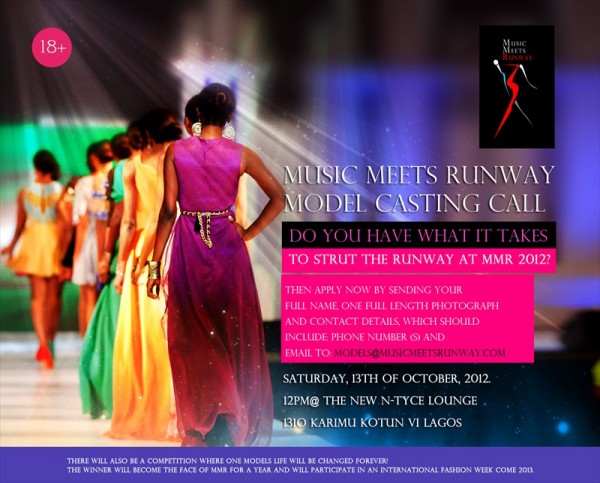 Le Reve Events producers of hit show Music Meets Runway (MMR) is proud to announce MMR 2012 Model Casting.
As part of its set of campaigns leading to this year’s show, MMR had earlier on in July 2012 announced its call for fashion designers. Designers interested in showcasing in this year’s amazing event were given an opportunity to be part of the show by sending in mandatory requirements. This was a tremendous success as designers from all parts of Nigeria and Africa sent in their works for consideration for this year’s show. We are however now pleased to announce that the designer call is closed as the stated deadline for designers request was on Friday, August 31, 2012.
Participating designers will now be selected by a panel of creative judges with a final list of selected designers to be announced shortly.

In preparation for this year’s highly anticipated show, MMR is rolling out a model casting campaign with an official casting event slated for the Saturday, 13th October 2012 at the new N-Tyce Lounge in Lagos. 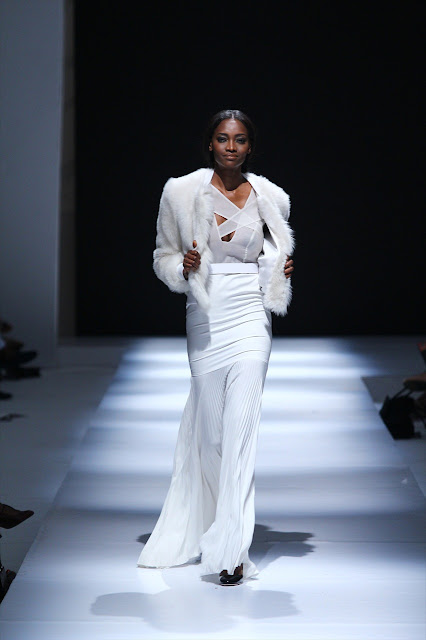 1. Send your Full Name, One Full Length photograph and Contact Details, Which Should Include: Phone Number (s) and Email to: models@musicmeetsrunway.com
2. You must be at least 18 years of age to participate. Both female & male models of 5’7″ and above are encouraged to apply.
This year, we are introducing for the first time ever “A New Model Competition” where one girl or boy’s life will be changed forever!

Winning Prize!
The winner will take part in MMR 2012 along side other casted models that meet the requirements. The lucky female or male will go on to become the Model Face of MMR for one year and will also participate in a Major International Fashion Week come 2013.
The MMR team looks forward to you being part of this exciting project.
Casting Details
Date: Saturday 13th October 2012
Time: 12 Noon
Venue: The New N-Tyce Lounge, 1310 Karimu Kotun Street (Before Marcopolo Resturant), Victoria Island, Lagos