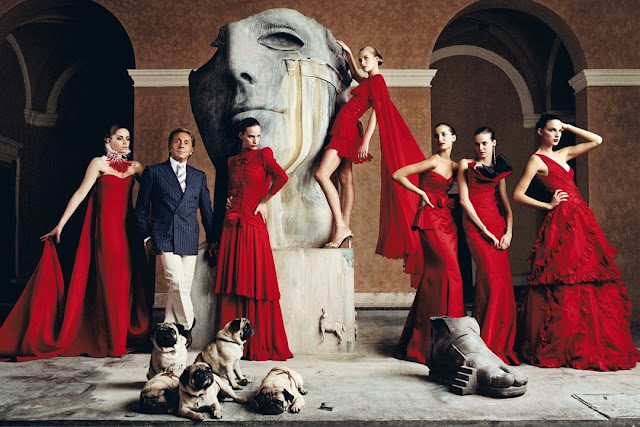 Fashion lover worldwide eagerly awaits, for the much anticipated launch of the Valentino exhibition at Somerset House starting from tomorrow 29th of November 2012. The retrospective homage to the Italian designer will focus on his couture creations - from famous red carpet dresses to examining the design process inside his atelier. .
The exhibition will feature over 130 dresses spanning his 50-year career, including many seen previously on the red carpet - worn by famous names such as Gwyneth Paltrow, Grace Kelly and Sophia Loren. The vintage Valentino gown worn by Julia Roberts as she accepted her 2001 Oscar also features, as does Jackie Kennedy Onassis' 1968 wedding dress.


"Each of these designs has a beautiful story," said Valentino "The atelier crafted each so diligently by hand, taking hours, sometimes days to complete. The details are incredibly intricate. Though outside the runway shows and events, the dresses have rarely been seen. To be able to showcase these designs at Somerset House, where they can be seen in great detail by the public, is very unique."
The exhibition - which will run for three months - has been created exclusively for Somerset House by international design team Kinmonth Monfreda, and curated by Alistair O'Neill. It will be divided into three sections; History of Valentino, The Catwalk and The Atelier.
Valentino: Master of Couture will run from November 29, 2012 until March 3, 2013; from 10pm - 6pm daily - with late night access until 9pm on Thursdays,somersethouse.org.uk