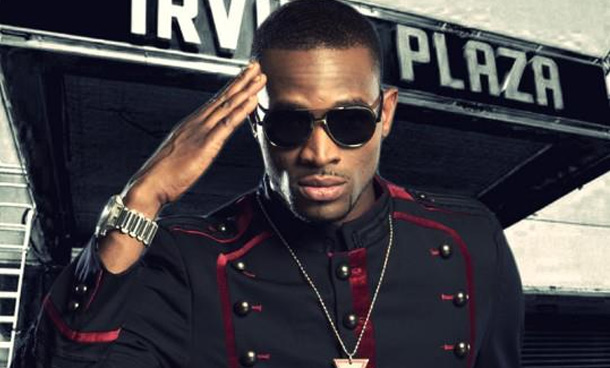 “Partnering with D’Banj is a seminal event for us at Sony Music Entertainment Africa. We’ve always admired his talent and to be able to assist with bringing D’Banj’s music to millions of fans, established and new, across the continent is an honour for us. There are still so many to whom an artist like D’Banj has so much to offer that we can see a brand new era emanating from this phase in his career. We are very excited about being a part of it. ” Says Managing Director of Sony Music Entertainment Sean Watson.

“Partnering with the leading music company in Africa is a natural fit for me and DB Records to ensure my music can be available to my fans across every corner of Africa and in countries where they’ve never been able to access my music in a legitimate way, instantly as its released anywhere else in the world. It’s a new era for Africa, the birthplace of music and I’m excited about this very powerful partnership with Sony Music through which we will give birth together to a new era with endless opportunities for my fans, producers, artists and the start of a new time for a revolution in music from Africa. Nothing is impossible!” says D’Banj

“We are really excited to be partnering up with DBanj and his DB Records label. DBanj is undoubtedly one of the biggest stars in Africa who continues to deliver world-class hits. What we’ve seen from DB Records so far is an energetic mix of hot new sounds and great new artists like Kayswitch, who we believe will impact right across Africa. The recent launch of iTunes in Africa means that Nigerian fans and those elsewhere on the continent will now readily be able to access this amazing music as soon as it comes to market.” Noted Spiro Damaskinos, Director of RCA Records Africa

“Since the first time I met the incredible talent that is D’Banj in Lagos a few years ago, headlining the first of many shows we did together, I knew he was destined for musical greatness. Indeed D’Banj went on to smash all expectations around the world. He has always flown the Nigerian and African flag higher and higher and broken down the barriers for many of Africa’s great talent to follow through. We are thrilled to now have D’Banj in the family with Sony Music and RCA Records and to represent him across the African continent. Together we can take his amazing music and talent to even greater heights and new audiences, as well as launch emerging new stars such as Kayswitch through this landmark partnership” says Jandre Louw, FOUNDER and CEO of ROCKSTAR4000

DBANJ (a stage name that is a combination of the first letter of his first name and part of his last name) is an extremely talented Nigerian-born, singer-songwriter-musician who has become an International Superstar blending sounds from AfroBeats, AfroPop and AfroFusion music genres. D’Banj literally broke contemporary sounds and music from Africa onto the mainstream Global stage recently with his smash-hit ‘Oliver Twist’. ‘Oliver Twist’ has sold more than 11 million copies worldwide to date. The single debuted at number 9 on the UK National charts just behind the likes of Rihanna and Tulisa.
D’BANJ’s musical mentor and influence is the late Afrobeat Maestro – the legendary Fela Anikulapo Kuti and like him, he performs in Yoruba, English and Pidgin English.

As an energetic, crowd-pleasing live entertainer, D’BANJ has performed alongside many international artists on stages all over the world from the 1st Edition of the MTV Africa Music Awards to the ‘Koko Concert‘ LIVE in London at the O2 Arena amongst others.
As a recording artist and performer D’BANJ has won a whole host of awards including Best African Act at the MTV Europe Music Awards 2007, Artist of the Year at the MTV Africa Music Awards 2009, BET Awards of 2011 for Best International Act, Best African Act – (MOBO Awards 2012), Most Gifted Male Video of the Year (Channel O 2012 MVA’s).

In 2011 Kanye West penned a deal with D’banj onto his G.O.O.D. Music label in the USA. D’Banj also signed with Mercury in the UK. Over the course of his career D’BANJ has worked with Snoop Dogg, Kanye West, Jay Z, Kid Cudi, LA Reid, Tinie Tempah and Rio Ferdinand. A humanitarian at heart, D’BANJ is the founder of Koko Foundation for Youth and Peace Development. He is also Nigeria’s first United Nations Youth Ambassador for Peace.

“The Sony Music / D’Banj strategic partnership is the key catalyst to change the business and face of Music across Africa, especially in the key areas of quality, distribution and content management”, says the Chidi Okeke, Managing Director of MComm, leading West African music Distribution Company and strategic partner to Sony in the region. “This deal represents a major breakthrough in achieving our vision of delivering quality music across the continent on diverse platforms. The immediate benefits include the improvement in the distribution value chain, quality control and direct economic benefits to individual parties and the continent at large. We are positioned to create the necessary support platforms and initiatives to drive this partnership to the maximum, and the long-term plan is to fully penetrate the significantly untapped African market for music and content in general” he added.

D’Banj’s passionate drive, coupled to his talent and creativity, regularly delivers appealing music productions and entertaining live performances ensuring his continuous relevance in the music market. He remains one of the most celebrated superstars from Nigeria and the African continent to break into the international music scene.

The signing of D’banj and KaySwitch is part of Sony Music Entertainment Africa’s belief that Africa is an important & exciting music development frontier. The company has set its sights on becoming the primary partner of the best Africa has to offer and has confidence that through such partnerships, African musicians can achieve new Pan African and Global success