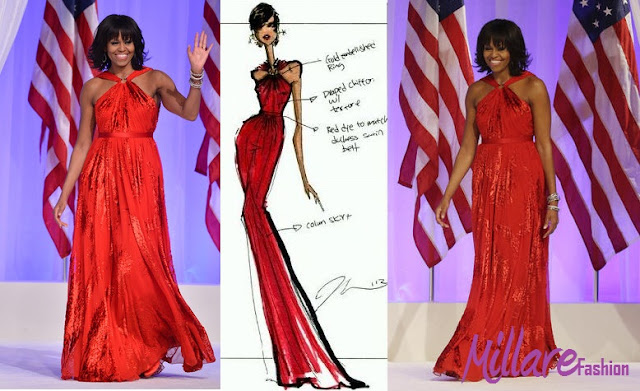 Michelle Obama on Monday night wore an inaugural ball gown by Jason Wu, the same designer who made her evening gown for the 2009 inauguration. The persimmon-colored Jason Wu dress with cross-halter straps and a loose was divine on the first lady, as it enhanced and showcased her frame to perfection. 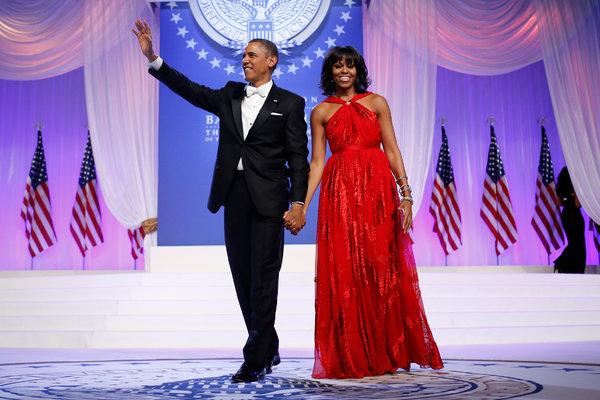 The choice of the ruby-colored chiffon-and-velvet gown also was a surprise to Mr. Wu, who said he was working on his fall collection at his Manhattan studio, watching the inauguration online, when he learned his dress was chosen. He submitted it "a couple" of months ago, and knew it was a potential. He chose the color  he said, "because red is such a confident color...it's powerful, commanding." 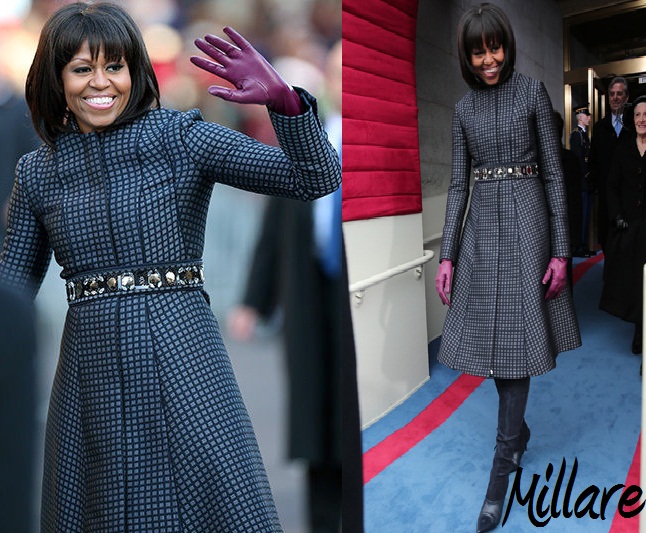 Earlier in the day, Mrs. Obama wore a tailored coat and metallic accessories, continuing her trend of pairing high-fashion items with mainstream retail wares. Rather than the playful floral prints and bows that she has frequently donned in the past four years, Mrs. Obama chose a tightly tailored coat designed by Thom Browne—an influential designer known primarily for his menswear. 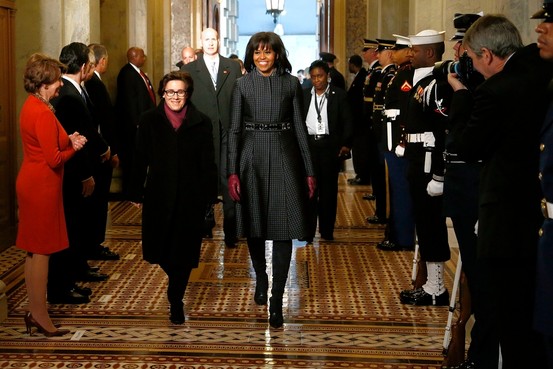 Could the speculation by Fashion editor Kate Betts, that the change in outfit signals the intent of  Mrs. Obama to take a stronger, broader role at the White House be true?
Check out photos of all Michelle Obamas inaugural Fashion moments 2013 below.