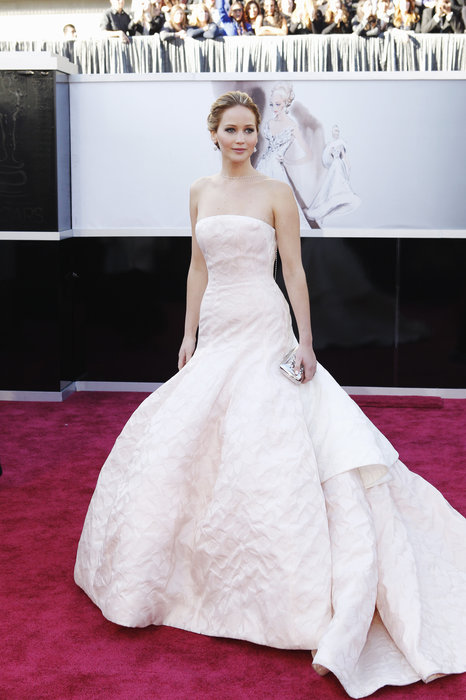 Jennifer Lawrence is the surprise winner of best actress award for Silver Linings Playbook, the surprised actress who tripped on her way up the stage to collect her 'Golden man' also pulled a stunner on the Oscars red carpet, with her breathtaking ensemble  . In a breathless speech, the 22-year-old wished a happy 86th birthday to her fellow nominee, Emmanuelle Riva, who had been seen as favorite to take the award for her role in Amour. Jessica Chastain was viewed as the closest rival for her part in Zero Dark Thirty – in the end, that film only took one award, for sound editing, which it shared with Skyfall. 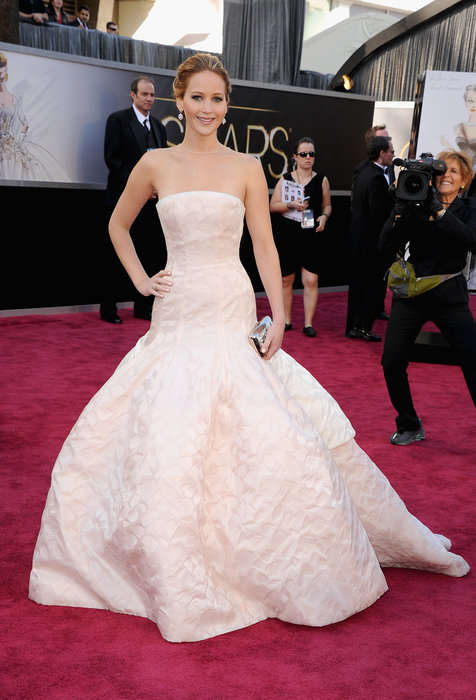 Resplendent in a dress by Dior Haute Couture, the actress moment of glory was almost marred by her colleague Amy Adam arriving in a similar (but thankfully not same) dress. 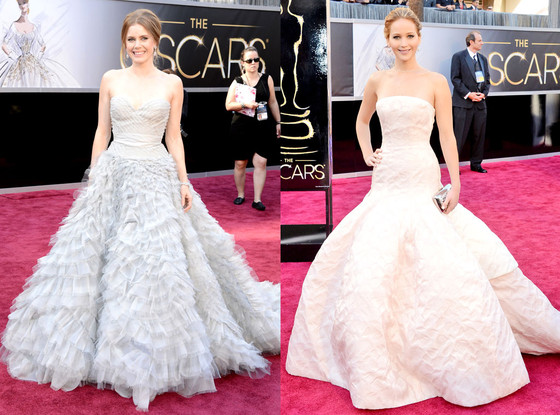