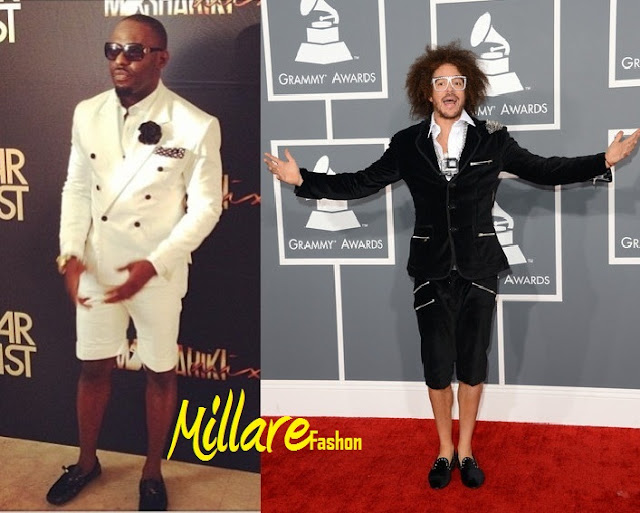 It seems even celebrities are not beyond the copycat syndrome afflicting their star stuck fans. Nollywood A-list actor Jim Ike choice of fashion wear at the Africa Magic Viewers Choice Awards seems to be a sore point of contention among fans and non-fans worldwide. Why some are of the opinion that his choice of ensemble (Nika/suit) he wore was a publicity stunt to garner attention, others say his fashion choice was as a result of his careless attitude.  I think maybe he was inspired by Stefan Gordy similar attire at the just concluded Grammy Awards ........ or maybe not, when I see him I will ask him and tell you his answers. 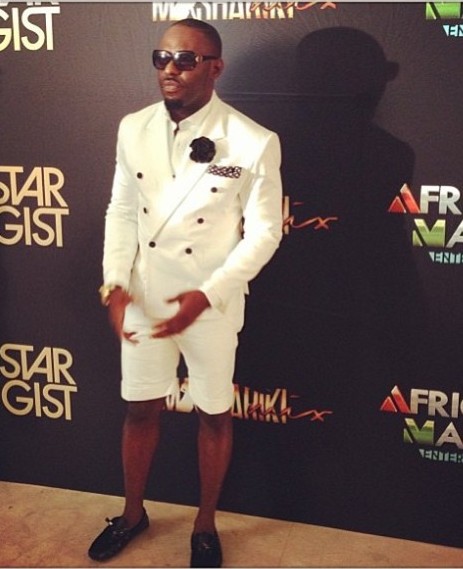