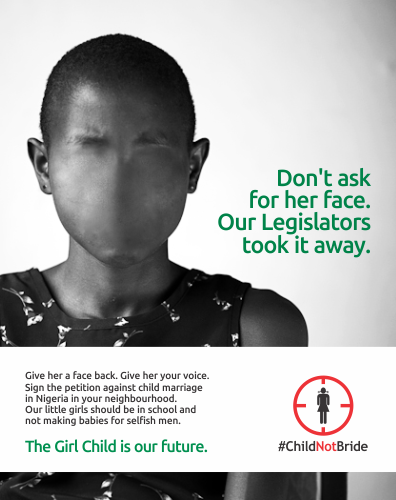 Social media as a tool for political, social and economic change is no longer news to anyone in Nigeria after the Occupy Nigeria Mass Movement.  Nigerians in particular have found the social media a great line of defense against arbitrary governance and policy. Public Participation in every sector of government activities is now assured, as Nigerians all around the globe have found it expedient to use the various social media outlets to air their views and force “the-powers-that-be” to have a re-think on issues and policies affecting the average citizen. 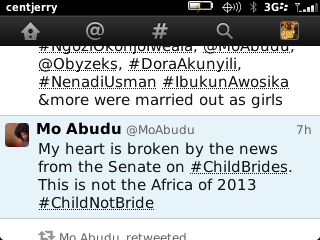 Early Friday morning, the power of the Nigerian social media presence, once again made itself felt, in response, to the controversial contention among our elected lawmakers in the house of assembly. The reason for contention is the proposed argument against deletion of section 29 (4)(b) which states that "any woman who is married shall be deemed of full age. Non Deletion of Section 29 (4)(b) Of The Nigerian Constitution  is alarming for it opens up a loophole enabling female children to marry or be married before they reach adulthood at age 18.

Child marriage is a global problem that cuts across countries, cultures, religions and ethnicity. Child marriages mean that young, underdeveloped children between three to 15 years will see their childhood cut short abruptly, as they are given in marriages, to full grown adult males and most times forced into having sexual relations, too early for their physical, emotional, social or physiological good. Deprived of their basic rights, to health, security and to choose when and whom they marry and sometimes education, they are most often trapped and at the whim/mercies of their so-called husbands 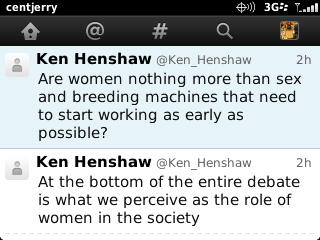 Instantly there was public outrage, defense and flurry of blackberry broadcast messages, mails, tweets, text messages et al. in less than three hours, there were centers all over the country with specified time and date for peaceful signing of a petition to support deletion of Section 29 (4)(b) of The Nigerian Constitution because it implies legality of female child marriage.

Saturday morning heralded the twitter wars, outrage, information manipulation and mobilizations, as everyone who ever had an opinion on child marriage shared his or her views, while recounting bone-chilling tales of the consequences for the child bride.
Worthy of note is the reactions of our female celebrities who took to the social Medias to vehemently condemn and denounce and action delete the aforementioned section of the Act. Nollywood actress Kate Henshaw, Ebony Live Television Mo abudu, Musical Artiste Weird Mc , and Peter Psquare were among the most vocal in their disgust for the act loophole and support this of the Non deletion petition …… 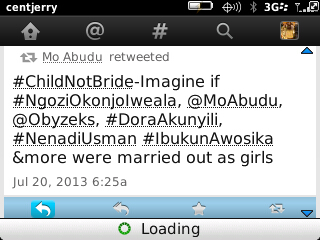 The Hastag #ChildNotBride is currently trending worldwide. That indeed is the power of social media. Whether this public outcry will change or influence the actions of our noble lawmakers is yet to be seen.
Speaking with various individuals comprising of students, traders, and housewives, the reactions were almost interchangeable as the ladies took out time to despair of a country where the law makers would be remiss in protecting the girl child by all means possible. \Speaking with a few males, the reactions were a bit mixed, ranging from the violent to the lukewarm response. 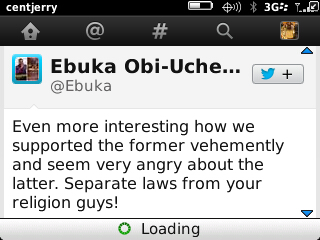 To quote Political analyst and Lecturer Mr. Charles Eghweree  “Writhe-not' over religious and Regionally CONFINED LAWS ... Much as I have wanted to avoid this outcome, I am Compelled by exigency to comment now. I think we really need to lay aside emotions and feelings on this under-age law wedding issue, so as not unnecessarily heat up already, our polarized polity. As despicable as the law Seems HOWEVER, it served the religious interest and yearnings of the Muslims, as can be gleaned from some comments since the passing of the law. If the secularity bond that holds us together as a nation, still retains its meaning, I think it's only fair, we allow our Muslim brothers enjoy legal backing for Their age-long cultural and religious practice That supports giving out our Their toddlers for marriage. Except we want to feign ignorance of this ever happening in the North and some Southern communities” .

One of the greater risks associated with early marriages is fistula; a condition where a woman’s tissue dies due to lack of blood flow to the area. This creates a hole between the birth passage and an internal organ, such as the bladder or rectum. Because of this condition, they are abandoned by their husbands and community for their foul smell and their inability to carry more children. Every year, an estimated 14 million girls are married before they turn 18. 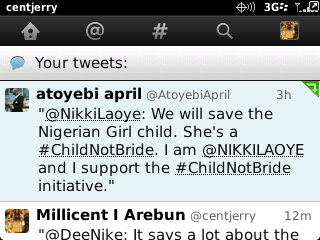 Do you support the deletion or Non deletion of Section 29 (4)(b) of The Nigerian Constitution because it implies legality of female child marriage? Tweet your opinions to us @NationalDailyNewspaper and we will ensure your Opinions is Heard. 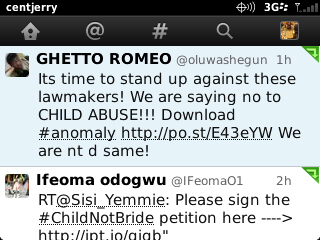 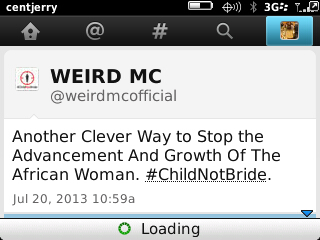 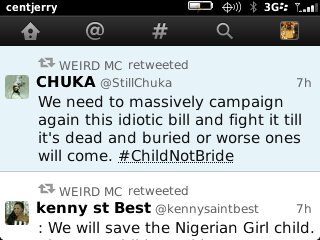