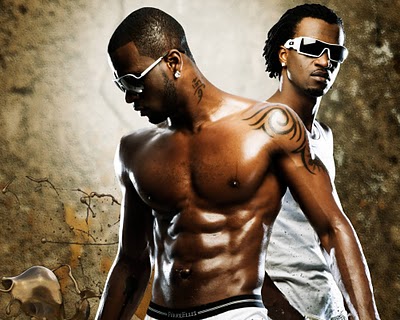 MTV has announced the nominees for the “2013 MTV EMA,” the world’s annual music awards show that celebrates the year’s hottest artists from around the globe. Musical powerhouse and multi-talented Justin Timberlake and breakthrough artists Macklemore & Ryan Lewis lead the EMA nominations with five nods each, while always captivating superstars Lady Gaga, Justin Bieber, Miley Cyrus and Robin Thicke are each up for four awards.

Representing for Africa at the global music celebration will be LCNVL, Mafikizolo, P-Square, Wizkid and Fuse ODG – who are all nominated in the Best African Act category. The “2013 MTV EMA” will broadcast live on MTV (DStv Channel 130) on Sunday 10 November at 22:00 CAT from the stunning new Ziggo Dome in Amsterdam (official red carpet show starts at 21:00 CAT).

News of the nominations will be revealed during the “2013 EMA Nomination Special” Hosted by Ron Burgundy (Will Ferrell), premiering on MTV at 16:40 CAT on Tuesday 17 September. The world famous “Anchorman” Ron Burgundy (star of the upcoming Anchorman 2: The Legend Continues) will deliver the news on this year’s EMA nominees in his unique and hilarious way.

The “2013 MTV EMA” will air across MTV’s global network of more than 60 channels reaching nearly 700 million households around the world as well as through syndication. In addition, its convergent programming and content will reach the entire interactive community, via MTV’s more than 200 digital media properties around the world. Bruce Gillmer and Richard Godfrey are Executive Producers for the “2013 MTV EMA”.
Email Post
Labels: #AFRICAFASHION 2013 MTV EMA Awards ARTIST ENTERTAINMENT Full List Of Nominees. Music Fuse ODG P-Square Wizkid