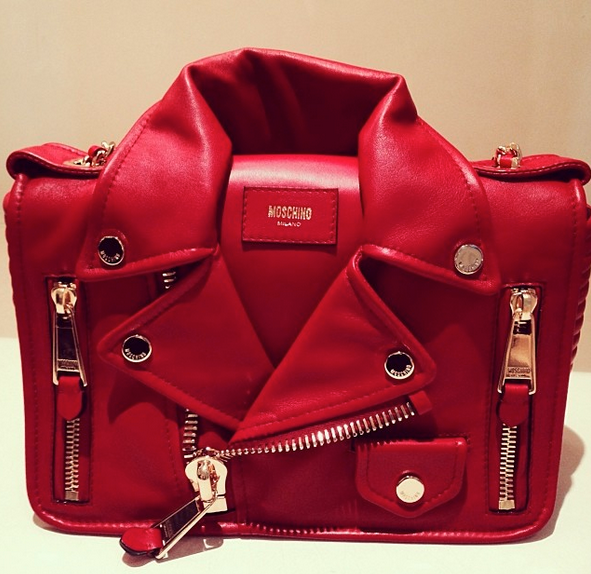 Fun-loving designer Jeremy Scott is a breath of fresh air in the fashion industry, and with his quirky pop-culture references, cheeky sense of humor and often subversive style, we can always count on his collections to be unlike anyone else’s. Something similar could be said of the late Moschino founder Franco Moschino, whose collections were often as over the top as they were iconic.

Fall 2014 marks Scott’s first full season as the creative director of the Italian label — he made his debut for pre-fall 2014 — and before his collection hits the runway on Thursday, he sat down with WWD to discuss the direction in which he’s taking Moschino. Scott told the paper that his woman is “elegant, glamorous [and] over the top,” and that his fall effort will include plenty of elements that are standbys for the brand: leather, suiting pieces, eveningwear, bouclé separates and, of course, a healthy dose of humor.

Scott is first and foremost a designer for the younger generation — his eponymous collections often contain references to cartoons, the Internet and club culture — so it’s fitting that he is holding the Moschino show during an evening time slot in Milan. “It’s more fun, with an element of joie de vivre and party mood,” he explained.

The most talked-about item from Scott’s pre-fall collection for Moschino was, by far, the handbags shaped like moto jackets (see below) — something not entirely new for the label, but a bit shocking nonetheless. When asked about the unusual concept, Scott told WWD, “Bags capture the essence and passion, and Franco was the first to ever do this, create objects with bags.”

Will we see handbags take the form of fur coats or biker boots for fall? Watch this space on Thursday, Feb. 20, to find out.
Email Post
Labels: Fun-loving designer Jeremy Scott Talks Plans for Moschino