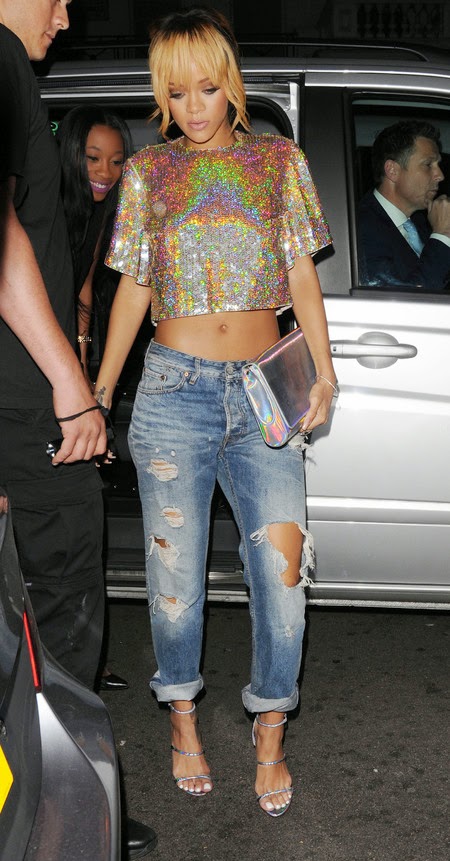 In the fast paced world of fashion, dynamism with minimal fuss is the key to trends revival and survival and the iridescent fabric seems to fit the bill, ensuring its, niche on the fashion trends chart this season. A few years back wearing what we now cheekily call “the iridescent look,” would earn you a few unflattering raised brow and dour expressions but as with all things vintage, it is back on the trends charts with bang. 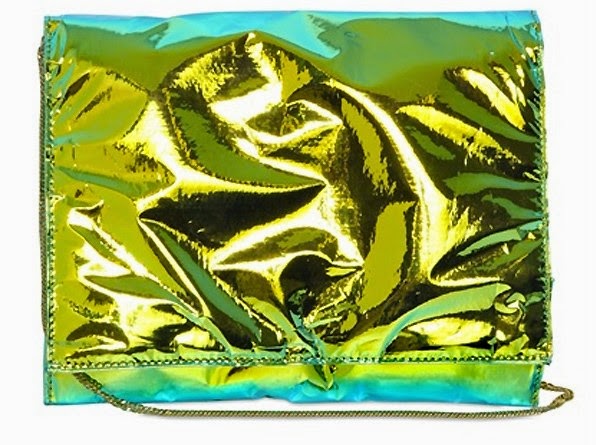 The iridescent trend is one that has caught fashions gurus, designers and style devotes hearts with its hue dynamics.  Iridescence is the property of certain surfaces/fabric that appear to change colour as the angle of view or the angle of illumination changes. The iridescent look is all about accentuating your style glow with iridescent staples. Think glistening metallics, shimmers, gilded prints and two toned hues and viola!
Fashion Glamazions like Rhianna, Genevieve Nnaj, Rita Dominic, Katy Perry and more, has been seen rocking this trend. Go the retro glam route by rocking iridescent aviator sunglasses paired with pants or head wraps in the same hue or add some rebel spunk to your outfit by pairing your suit with iridescent dress shoes (Males) 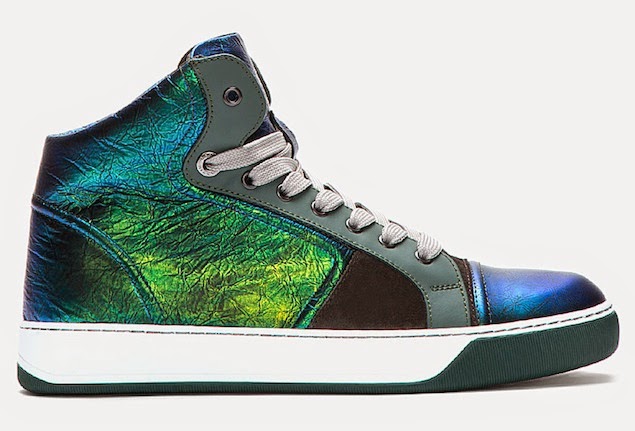 Tip: You can rock the iridescent look by just throwing on a high shine jacket over your pencil demin, tan camisole and pumps paired with an oversized iridescent clutch purse.
Make your Iridescent Wardrobe debut in style with the picture- inspirations below.