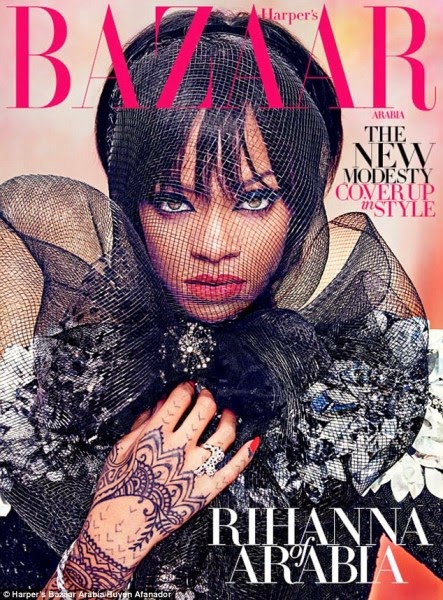 Controversial Pop star& Bad gal Rihanna is stunning in a fully covered all black ensemble on the July 2014 edition of Harper’s Bazaar Arabia. 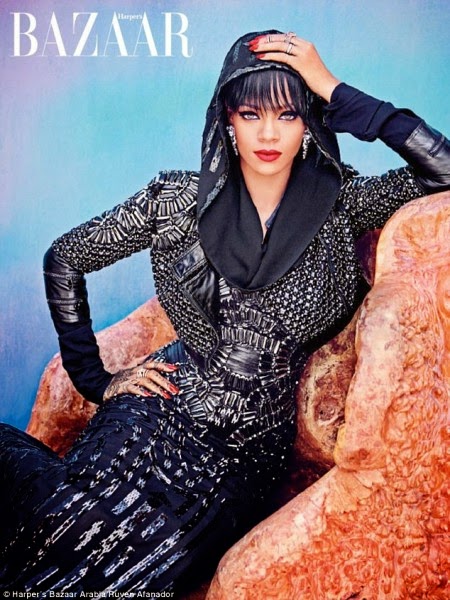 The 26-year-old, who has been making headlines for making very risqué fashion choices, looks glamorous as she is shot by Ruven Afanador for the issue. Riri rocks a couple of re-imagined Middle-Eastern clothing as well as couture head pieces and veils. And even her famous hand tattoo plays in on the shoot’s arabian theme 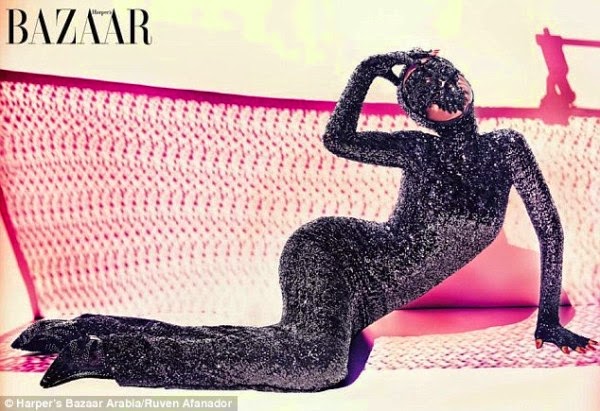 Email Post
Labels: Rhinnna is stunning in a fully covered all black ensemble on the July 2014 edition of Harper’s Bazaar Arabia