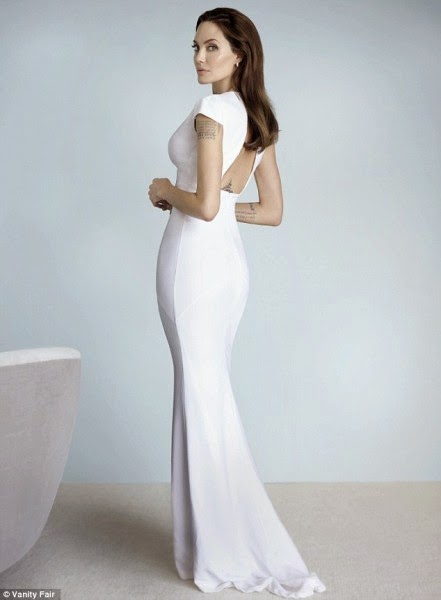 Hollywood actress Angelina Jolie has revealed that there is a possibility of her venturing into politics sometime in the future.

The 39-year-old actress who recently got married to her longtime partner Brad Pitt revealed this information to Vanity Fair magazine (which she covers for their December 2014 issue). When
directly asked if she sees herself pursuing a life in politics, diplomacy, or public service, Jolie stated, “I am open.” 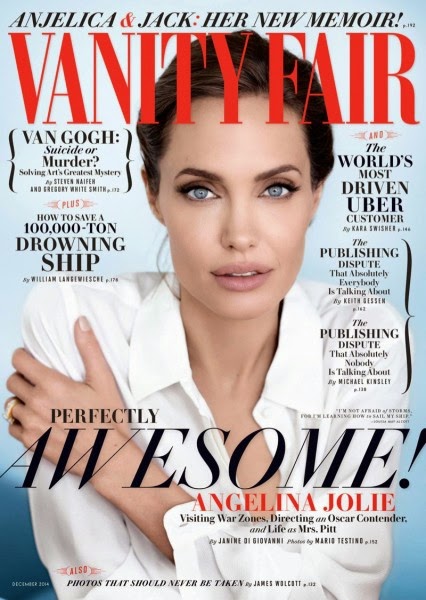 
Excerpts
Politics: When you work as a humanitarian, you are conscious that politics will have to be considered, because if you really want to make an extreme change, then you have a responsibility. But I honestly don’t know in what role I would be more useful. I am conscious of what I do for a living, and that [could] make it less possible.

Relationship with Brad Pitt: It does feel different. It feels nice to be husband and wife.

Working on a new movie with Brad Pitt: A few friends asked if we were crazy. [A movie about] a married couple going through some difficulties … and I’m directing him.
Email Post
Labels: Hollywood actress Angelina Jolie Hints at a Future In Politics To Vanity Fair Magazine Max Mara photographed by Mario Testino