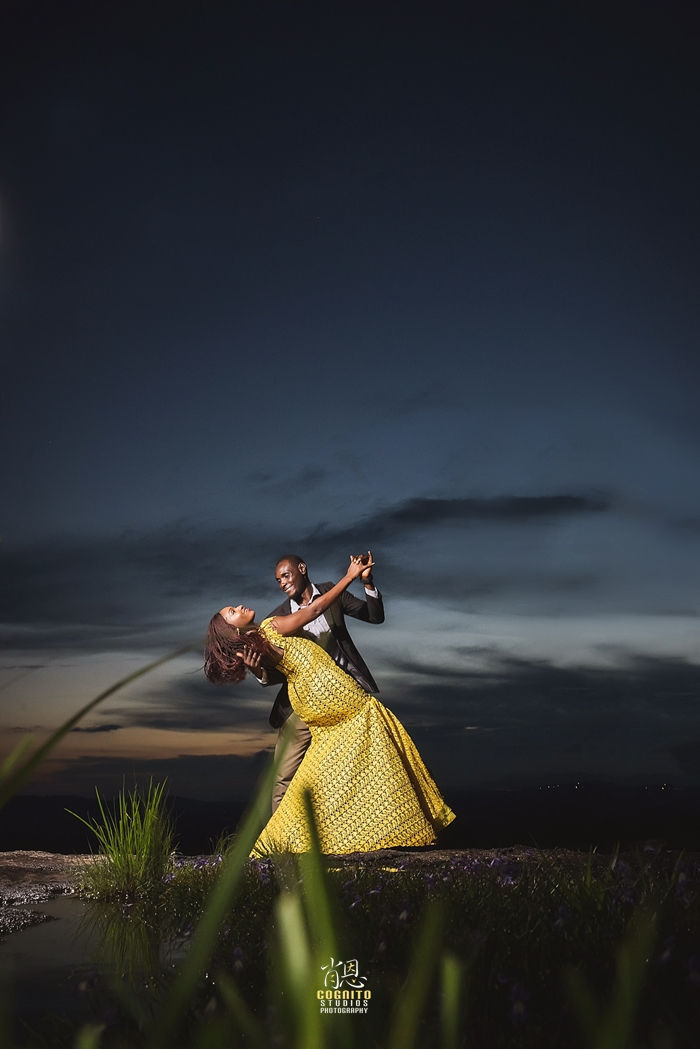 The lovely couple and winners of MBN Wedding Season 2 are set to wed in Abuja by the end of this month. They met through a mutual friend after George saw Blessing’s photo used as her Blackberry DP. The rest is this beautiful story where love always wins.
Read their story and fall in love………..

HOW WE MET BY THE BRIDE:
Early in 2012, a friend of mine, Bella, calls me and asks if I'd want to meet someone since I was on a sabbatical from relationships. She asked if I'd want to meet a guy and I was like, why? She said he saw my picture on her DP and told her I was his wife. And I was like, what a fake line. Of all the toasting lines, he would bring that one. After she begged and pleaded with me to at least let him have my PIN, days later I accepted but warned her not to give him my number. 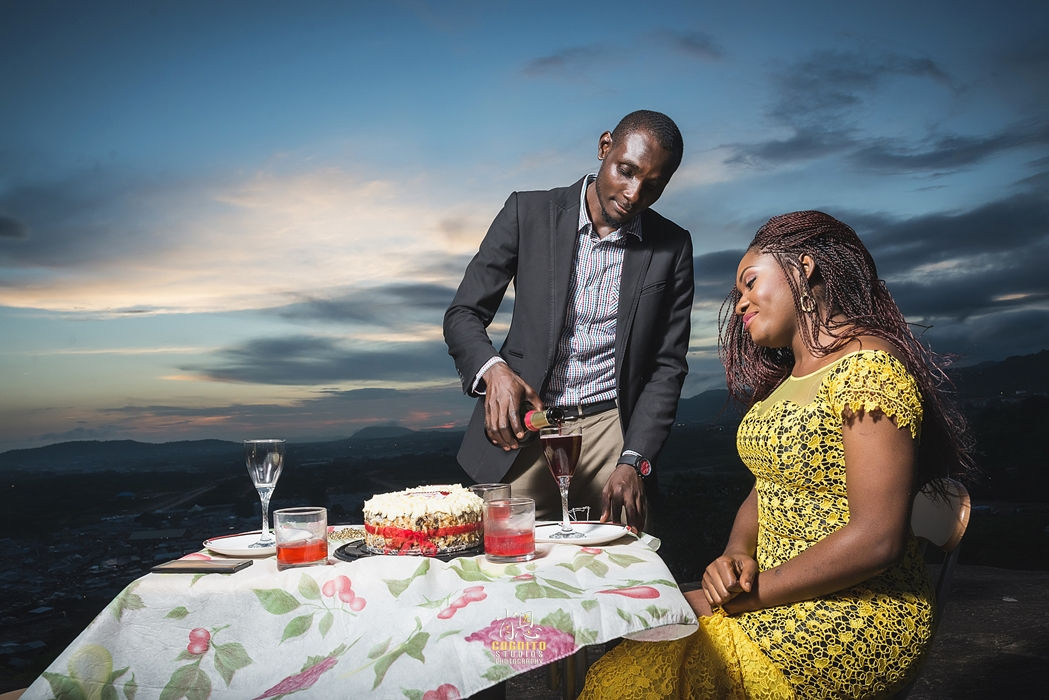 On chatting with him, I found out he was actually course mates with my immediate elder sister and I knew him. I wasn't sure I wanted a relationship at first. But after about 7 months, on Christmas day! I sent him my number. I had missed my flight to Abuja and had to sleep in a family friend's house in Lagos. We agreed to see and talk.

He came to meet me at the airport and we went out to have a drink. He was very quiet and simple, leaving his friend and cousin to fuel the conversation while he just observed me. Somehow, when he dropped me off at the airport, we didn't feel like leaving each other. I thought he would kiss my cheek; he thought I'd hit him if he tried. I probably would have.

Plenty drama ensued between myself and him-one time I told him to stop calling me. After months of having him come to see me monthly, I agreed to date him on August 9, a month shy of my birth date.

THE JOURNEY SO FAR BY THE GROOM:
We love big and fight big. (lol). Blessing is a lady I could see myself with in life because of her openness, big heart, and genuine care towards me and people. At the same time, I was unsure about our long-term future, primarily because of our personality differences. To be honest I struggled with this initially as her personality can be a bit overwhelming- she seems to burst with life. I thought it would be great if we were compatible in every way.

Emotionally, Blessing is beyond what I could have ever asked for. I had always wanted someone kind: Blessing is not only kind, but also sensitive, reliable, open, caring, empathetic, patient, and sweet. 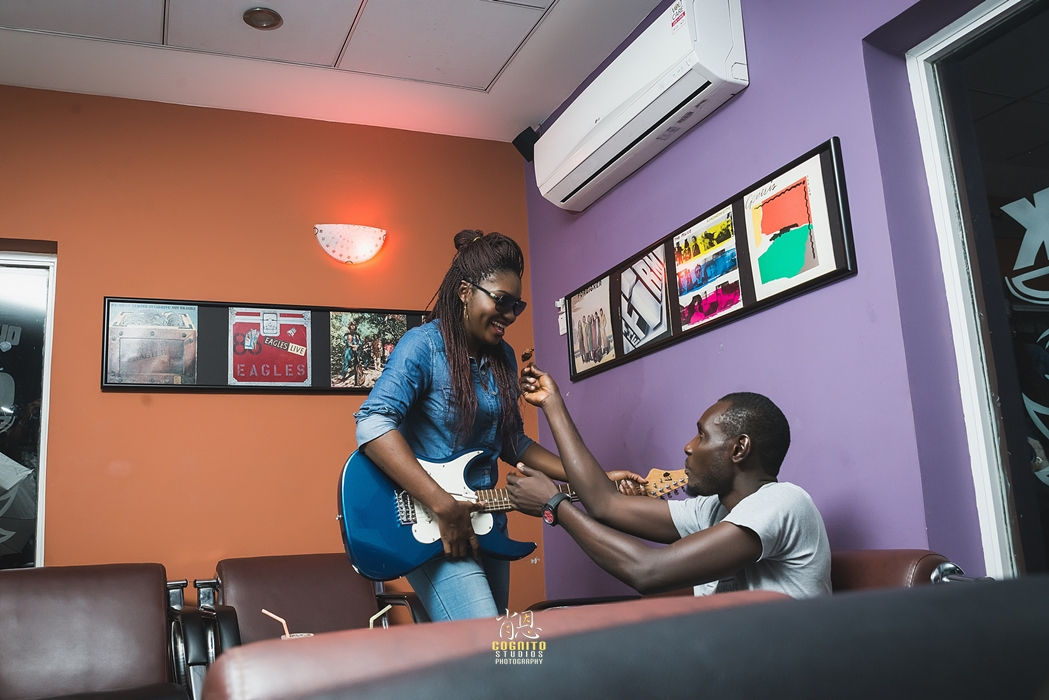 Physically, Blessing is again beyond what I could have asked for. She has an amazing body, charming, pretty, and takes care to dress herself well. Spiritually, Blessing loves God, and I wanted us both to have that kind of relationship with God.

After some thought, I realized I was okay with not having full compatibility. I realized what I truly needed in a partner was emotional availability, kindness, being caring, and Blessing was already all of that, plus some more. I couldn’t have asked for more.

This was the first time when I thought, ‘Hey, I think this is someone I can see myself with for life’.

HOW HE PROPOSED - BY THE BRIDE: 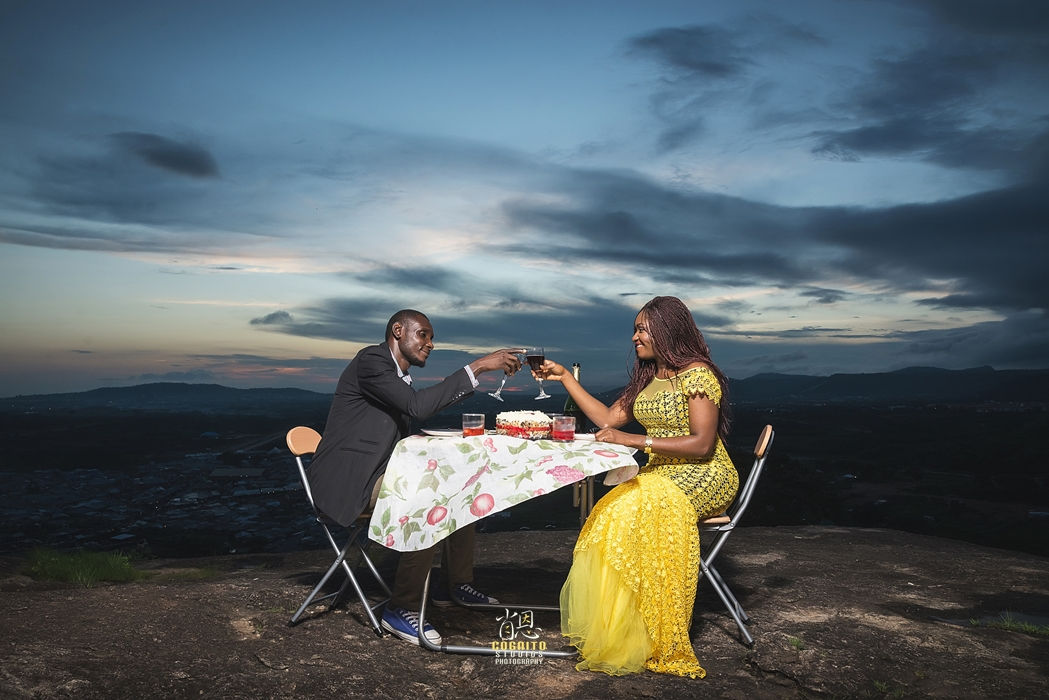 It wasn't the romantic dramatic thing I would have dreamed but I was surprised. He's not the kind of person to whip out a ring and go on one knee (but he does have potential and we are working on that-evil grin). I already knew he wanted to marry me but he had gotten into Abuja the evening before but we couldn't see. The next day he was waiting for me at my office, chatting with my colleague. I told him to come into my office and there on my table was a pretty bag. I was oohing and aahing and then I see a note in the bag saying he was happy being with me and was ready to take the next step in this journey with me. Would I do him the honour of being his wife? I turned back to see him kneel with a ring box and I'm laughing and screaming (I can't call that screaming though) and he's confused, standing and kneeling again. I can't remember saying YES (I knew we were going to get married). I just remember thrusting my finger and him slipping it on.

Coming from him, it was so sweet that he put me first and thought to do something that would make me really smile. 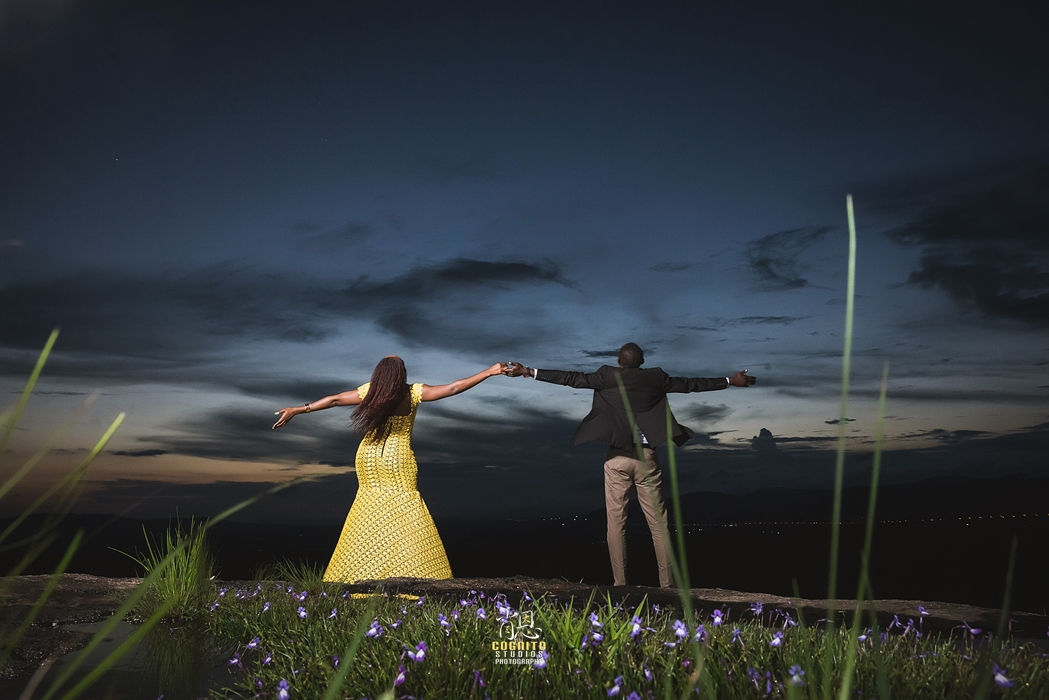 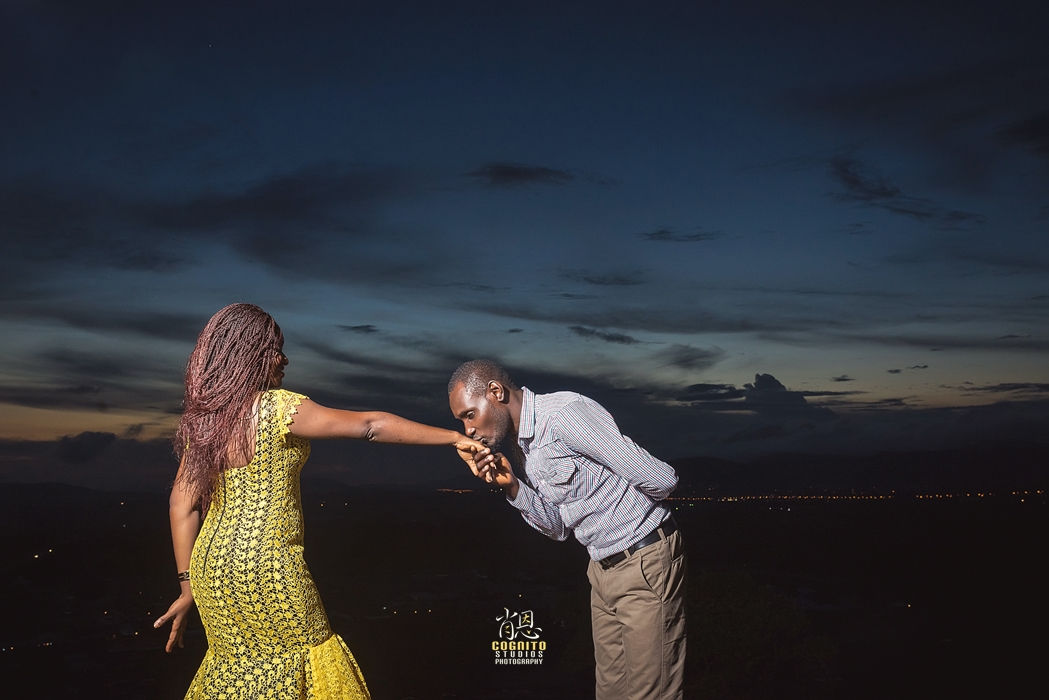 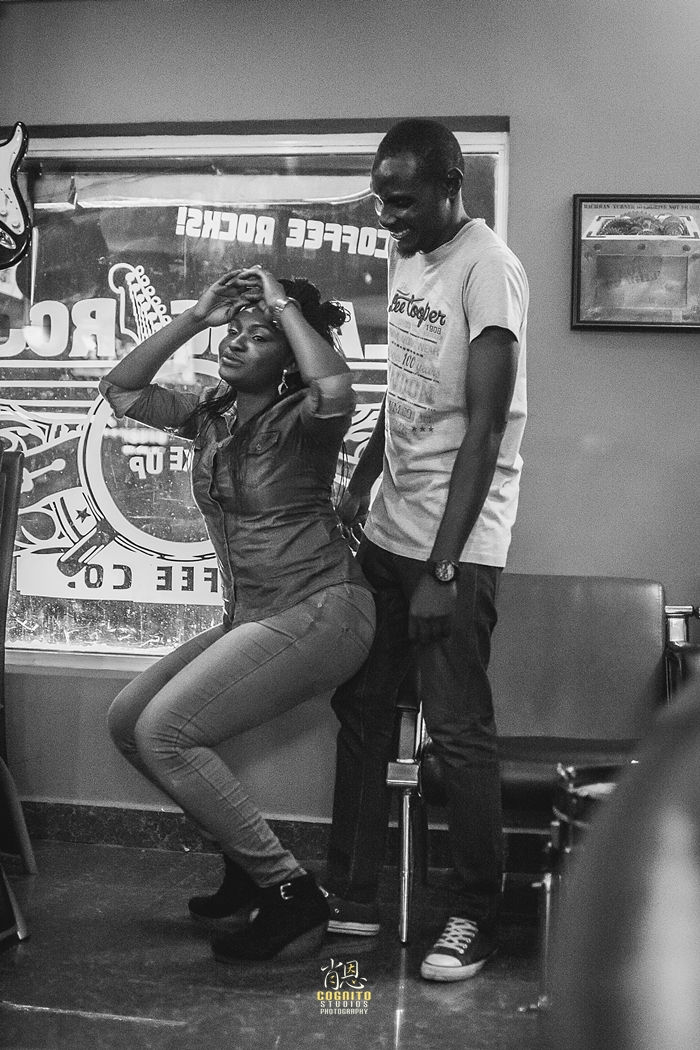