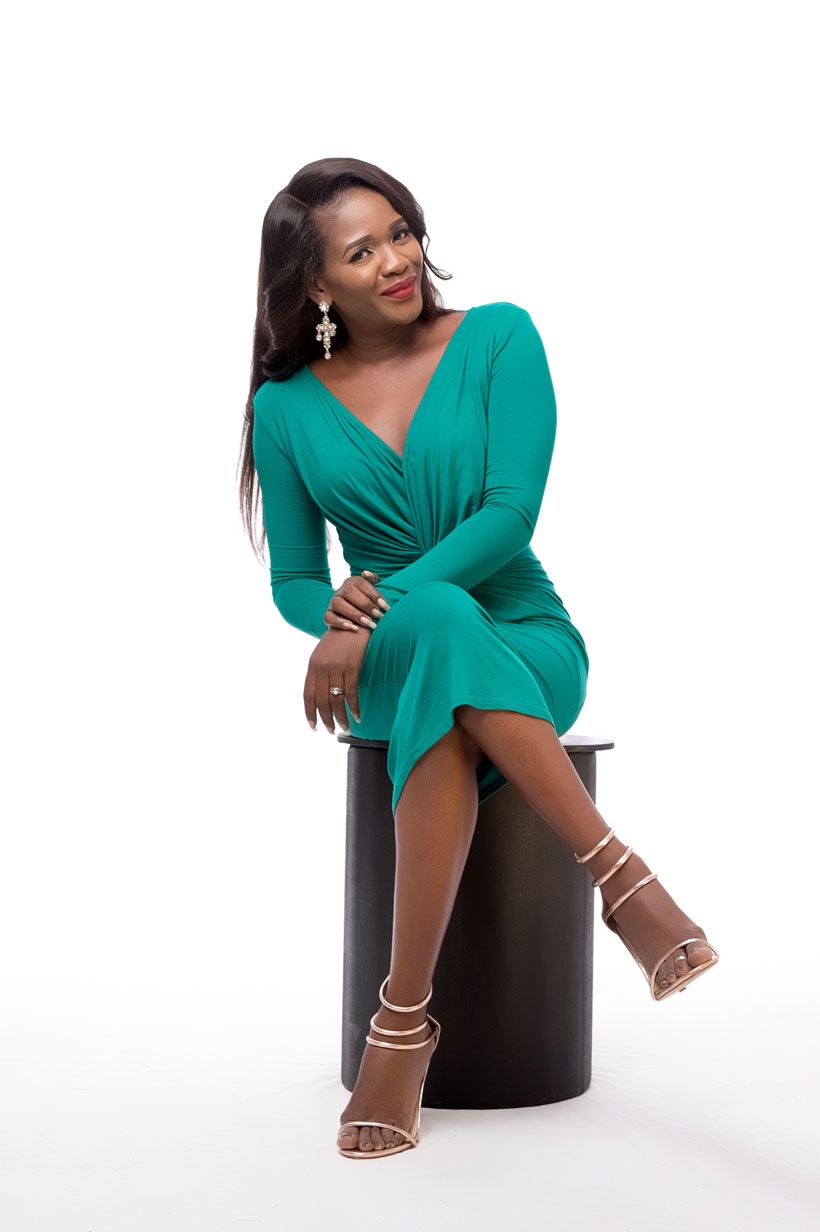 Mrs Tewa Onasanya is the dynamic force behind the EMAC Smerathon, Eloy Awards and founder of Exquisite fashion and Lifestyle magazine.  Inspirational in deeds and her numerous laudable initiatives, the graduate of Pharmacology from the university of Portsmouth turned Publisher, Gynaecological Cancer Activist and Mind-set Stylist speaks exclusively with MILLICENT AREBUN ONOUHA on the fight against cervical cancer for the Nigerian Woman, ELOY Awards and her journey to self-discovery. 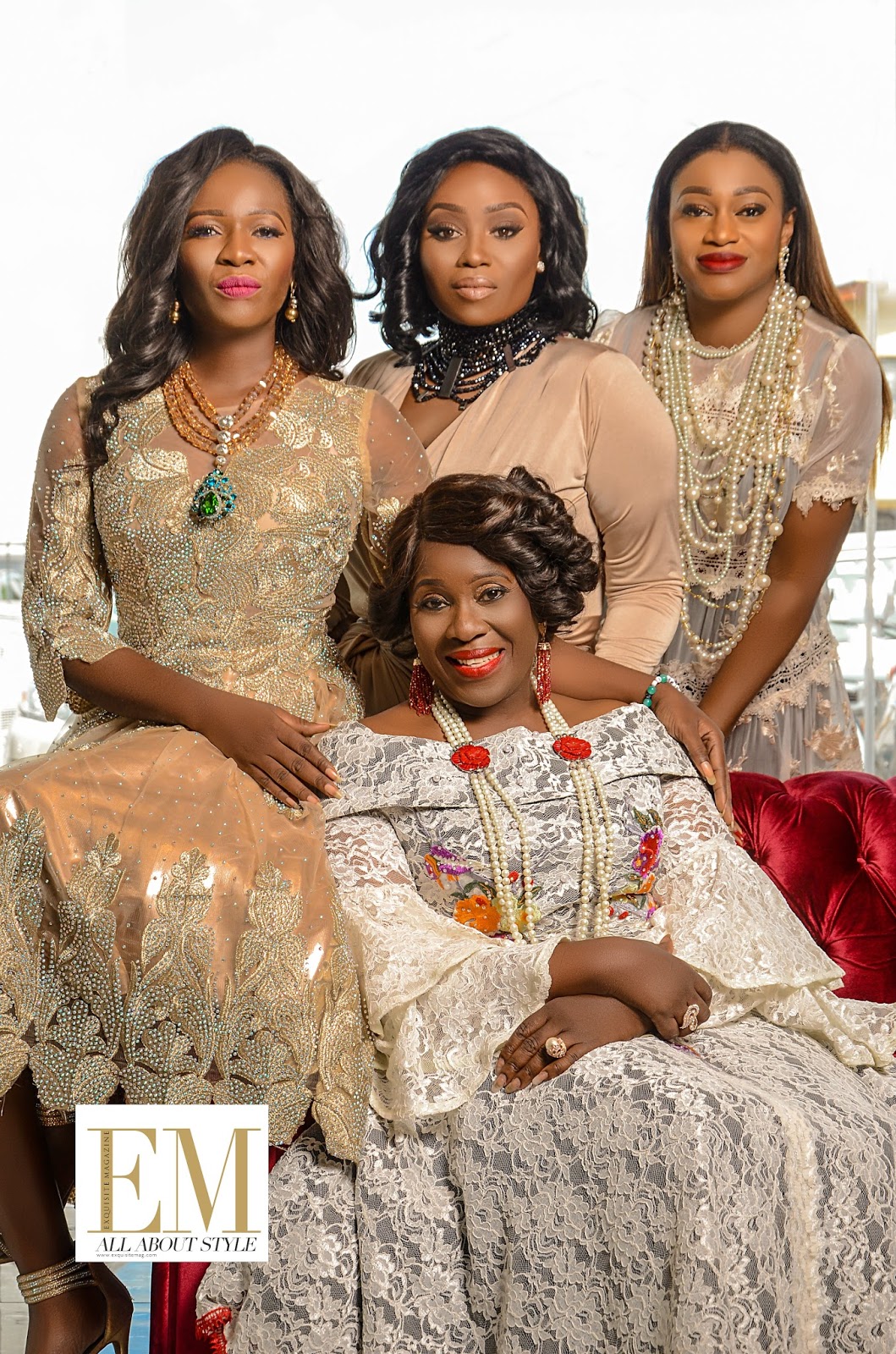 About Cervical Cancer Awareness and Screening

We started raising awareness for cervical cancer in 2011 and that’s because we found out in Nigeria a lot of women don’t know about it. According to the World Health Organisation Report, one women die every hour of Cervical cancer in Nigeria. It’s that ridiculous! The irony is that Cervical cancer is 100% preventable and is one of the only cancer that has a pre-cancer stage. Pre-cancer meaning that before it becomes full blown cancer, there are stages, so if women are undergoing regular screening, they would catch the pre-cancer stage before it becomes cancer. We think it’s unacceptable and ridiculous for a woman to die every hour in Nigeria for something that is preventable. This is why we took it upon ourselves to raise awareness on this. October just went by and we heard all the noise about breast cancer with almost everyone going pink in solidarity. When its January you won’t hear much about cervical cancer, I think we are one big on talking about this type of cancer. In January we are talking about everything teal, because teal is the colour for cervical cancer. In January of this year, we started a campaign called ‘smear it’ telling people to smear lipstick on their faces to depict the smear test in order to remind people that you need to get your smear test done. It’s unacceptable that women should die every hour for a cancer that is 100 percent preventable. As long as a woman is sexually active, she need to get screened regularly.  The incubation period for the virus to grow into cancer is five to ten years so even if a woman has sex once and never had sex again for the next ten years, if the man she slept with has a strain of human papilloma virus (HPV) that causes cervical cancer, she is at risk.  So it’s very important women are made aware and they get screened. We raise awareness in January and in September which is Gynaecological Cancer month we do a Walk and raise money and screen people for free again. We also tell people to get vaccinated because there are vaccines now for cervical cancer which children from the age of eleven can access.  This way they never have to worry about cervical cancer in their lifetime.

Are these vaccines free?

Sadly, they are not. It’s about #14,000 for a shot and you will need three shots of the vaccine; that’s about #42,000 per person. Children only need two  while adult women need the complete three shots and the vaccine is for life. I wear my cervical cancer ‘smear it’ bracelet everywhere I go, whether it goes with my outfit or not because it’s a great conversation starter for me. People ask me about the bracelet and It gives me an opportunity raise awareness about cervical cancer.

Has there been any orientation programme or Palliatives by the Nigerian Federal Government on this?

I don’t know if we have any but am not aware of any. Most of the work being done is by private individuals that have taken it upon themselves to do something about this issue.

You have spoken a lot about the ‘integrity’ of the Eloy awards on record, has the integrity of the awards ever been called to question during the past editions.

Not really only recently. The reason I say not really is because everybody that knows the Eloy Awards knows it for its integrity. People don’t pay to win an Eloy award, it’s the vote that counts and once the votes determines the winner we have no option but to declare that person the winner. So if a celebrity thinks because she has been nominated alongside people not so popular and assume that she is going to win by default, on that day it would be shocker especially if she hasn’t put it out there for people to vote for her.  We are very firm on our integrity and principle that wining is by vote and also our panel of judges looking through the different criteria. This year for instance we opened voting on our website and we had 1,517, 000 million people voting in one and our website crashed twice.  We had to pull the web site down for a short while and put it up again so the public was upset and flooded us with messages accusing us of trying to rig the votes since they were unable to access the site to vote. We don’t cheat, what we say, we mean and ensure we carry it out as exactly as humanly possible. The integrity of the people that are being nominated matters to us too even though we can’t know the hidden secrets of individuals, the public perception of them also helps us determine their strength of character.

Isn’t there a conflict on the integrity of the Awards if it is strictly by voting?

Anyone can actually determine the outcome of the votes depending on how much money one is willing to spend to get an Eloy Award despite the fact the one may be undeserving of the award in the specified field.
That is where the judges come in. For instance, in a category of eight people, we have all the votes come in, the top three or four highest votes are scrutinised with the judges. So the Awards is actually determined by 70% voting and 30% panel of judge’s assessment.  We look at the criteria of Direct and Indirect leadership, Values, Integrity, Character and more. We look at the impact of the nominees at their immediate and external world.   We go through these criteria for the highest voted nominees and choose the final winner.

The question of integrity still comes into play, for instance how do you quantify or measure someone’s character or determine the impact of one’s indirect leadership?

It’s the Judges that determines the measures or standards.  We also go through their profiles and they have to have been active and impacted in the Eloy year.

So despite the fact that one has the highest votes, there is still a chance she will not emerge the winner?

Yes, based on the final assessment and judgement of the panel of judges following the criteria because we are cognisant of the fact that anyone can pump money into the system and get people voting for them.

This year Eloy Award is themed the year of inspiration, we wanted to choose women that one way or the other exemplified inspiration. The four women listed in our influencers list is all this and more.

In a world where visuals are taking the front seat to print, how have you been able to stay relevant, consistent and successful in last fourteen years.

Well people keep say that but they said that about television and radio a few years ago and yet we still have successful radio stations.  Print will still be here a very long time even though digital and online space has taking over. For our print magazine we evolved with the times, we identified that our core readers are online so even though I love print, I had to reduce the number of print we produce every year and be very prominent on our social media and website. We also now have an app that gives the subscriber an e- magazine which is the duplicate on the print version anywhere in the world and on the go.  I think we are the first in Nigeria to do that. if you don’t innovate you will die or at best be stagnant. With the ELOY Awards we have remained relevant by constantly adding and removing new field and sector of industry so as to recognise as many inspiring women as we can and also encourage the aspiring women out there to be the best at whatever sector they choose to work in.

Over three years ago I saw something that made me change my mind-set and how I look at life and it was from reading a book called the Secret.  What we become in life is as a result of how we are thinking or how we have been programmed from young. If you can change the way you think and how you perceive things, a lot of things will change in your life. I started applying it gradually to my daily life and I realised that what I had read is true so I studied further. Even in the bible, we learn that thoughts become things and whatever you say becomes. I started been intentional about how I live, how I think and what I say and over the years there has been remarkable changes though am still growing. I am the sort of person that when I have something good I can’t keep it to myself, I have to share it, so that’s how I became not a motivational speaker but a mind-set stylist.
It’s basically trying to style one’ mind to think differently or change their pattern of thinking in order to achieve certain desired results. it’s just like styling people with clothing.  I don’t just want to speak the motivational words for someone to change but for them to understand why they have to change. If people don’t understand the ‘why’ then what’s the point of the motivational words. After been motivated in the moment they would still go back to their old way of thinking. I want to be able to change the way they think hence the styling of the mind.

January is actually Cervical Cancer awareness month so we hold several activities to raise money, awareness and screen people free of charge for cervical cancer. This year we did Agege, Yaba and a few others. January 2018 we are going to identify another local place to go, including out of state, to screen people for free for cervical cancer. In March we are going to start something we call ‘The Supreme Stylist Competition which we actually started this year but in March 2018 we will start releasing visuals so people to be able part of it.
Email Post
Labels: featured INTERVIEW